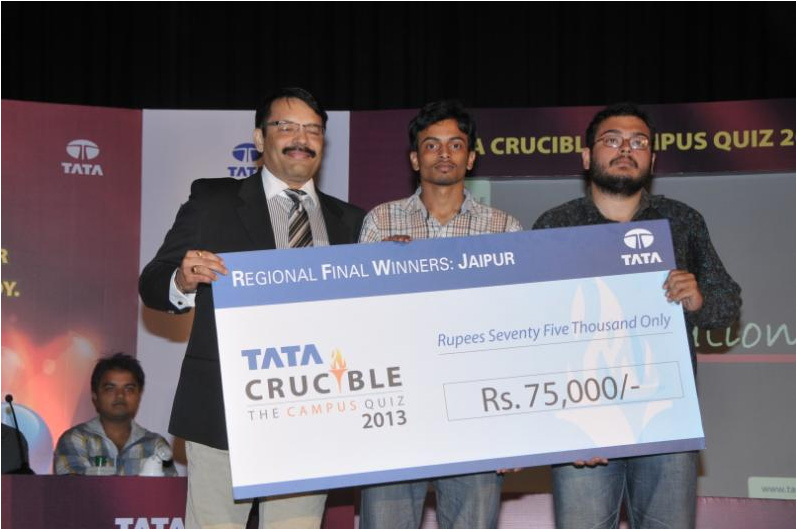 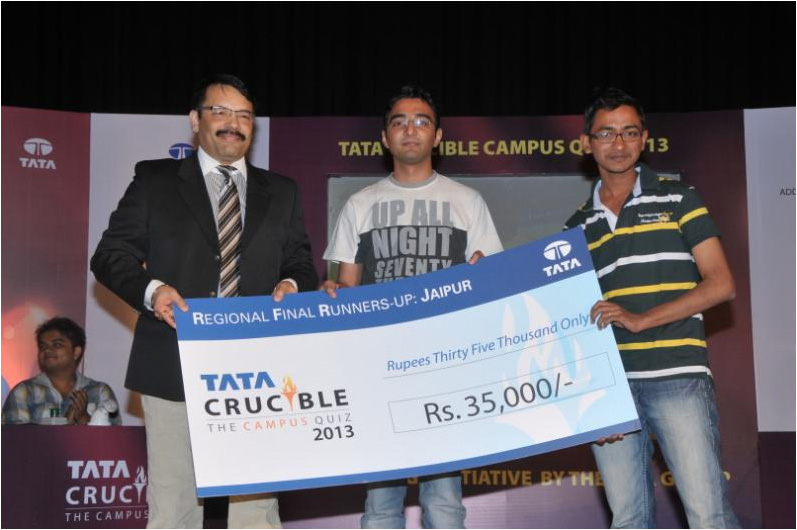 With 251 teams the Rajasthan edition of the quiz broke its previous records to reach a new high. The prelim was well balanced with shouts of “no clues” renting the air at periodic frequency. The quizmaster weaved his way through quickly and got into the act with the wild card rounds for 12 teams before arriving at the finalists.

The final was a tight affair to start with as four teams scored in the first round. The advent of the buzzers saw LNMIIT being to surge forward with some very good answers. Round after round their dominance continued and in quick time they had left all the teams behind to get to a huge lead.

ICAI, Amity, MBM and SCITM were all now locked in a battle for the second place. Just when it all seemed over quizmaster Pickbrain pointed out to LNMIIT who were on 95 that the national record score for the year was 105 (by BITS Pilani). In the interim, a brief moment of haste by SCITM saw them lose just a little ground, space enough for MBM to get ahead and finish runner up. In the final round LNMIIT did manage to get themselves to 105 but could not surpass it. They will however be happy to have won by a great margin.

The guest of honour, the COO of Tata Teleservices, Rajasthan Circle, gave away the prizes and pointed out the presence of such sharpness in the youngsters with aid both the industry and the Tata Group in the future as India is increasingly getting younger.