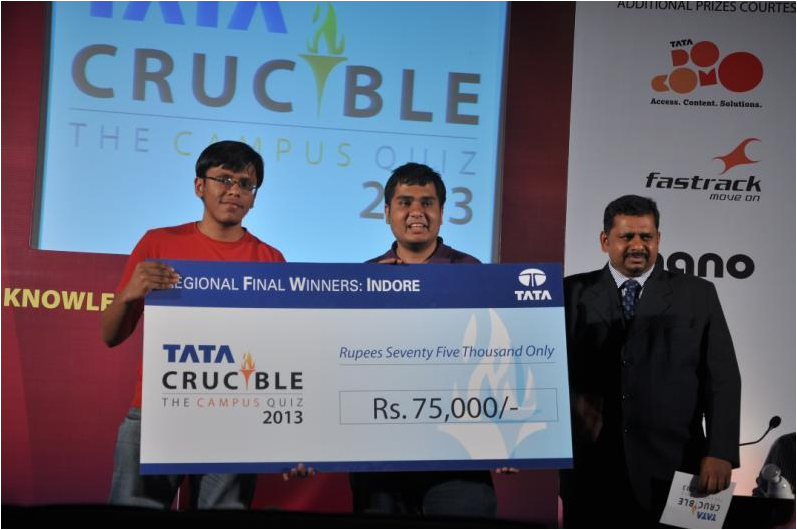 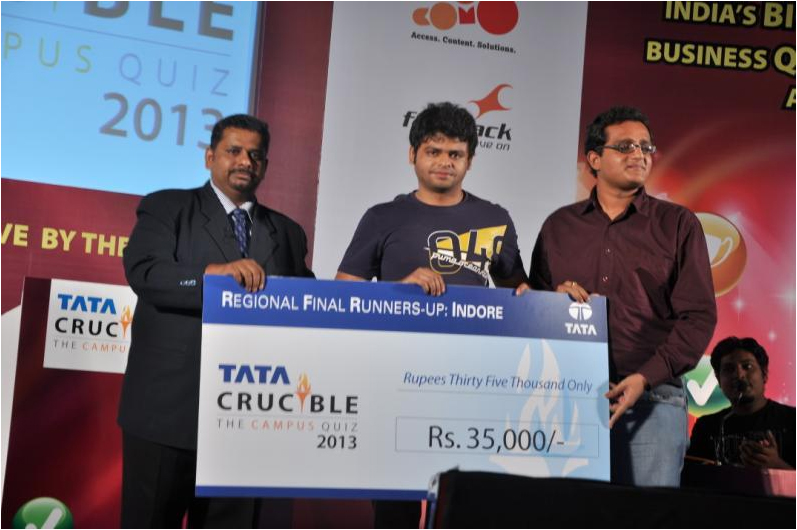 A record 417 teams took part in the quiz and that set the tone for a riveting quizzing experience at Indore. “Indore is one city where an IIM team has never lost” was a trivia Pickbrain shared with us summarizing the dominant manner in which the teams from IIM Indore battled and won. In the wild card rounds as many as eight IIM teams made it out of twelve.

In a final that was largely a battle between the IIM teams spare the two young girls from Vivekananda College who showed their brilliance in bursts and would want to hone their buzzer skills before the final next year as they knew quite a few but were late on the buzzer.

The quiz moved quickly from one round to another as all teams were battling to gain that extra inch. The final rounds were tense as all three IIM teams battled for the top spot. It ended with Omkar and Mirgank on a tie with Rishabh and Eraj Hassan which the former won on a well worked out answer leading them into the zonal final.

On the eve of Women’s day the quizmaster appreciated the high number of teams with girls and also placed on record that Varsha and Ragini had topped the prelim that had over 400 teams.