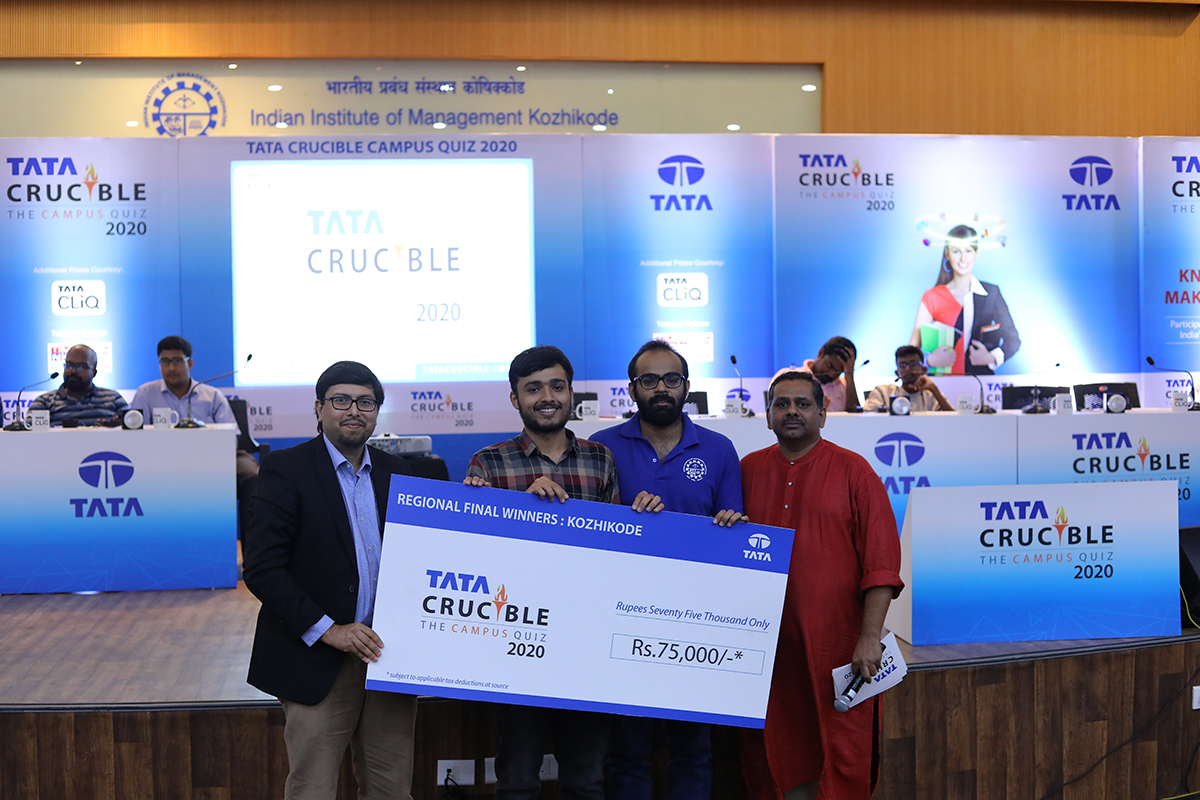 The lush green campus of IIM Kozhikode played host to the Calicut edition of Tata Crucible. After a tough prelim hosted by Ms. Rashmi Furtado, where she was evidently reluctant to give any clues given the high quality of the teams, the following teams made it on stage.

Noted quizmaster pickbrain took charge of the finals and set a brisk pace. The IIM of Ridham and Palak got off to a flying start and lost points in equally quick time. As the quiz progressed in a similar fashion and crossed the midway all the 6 teams on state still had a fair chance to win the quiz.

The two doctors and the aspiring engineers played very well to keep the IIM teams at bay. The battle remained extremely close and tense till the final questions where Ridam and Palak finally prevailed and won the title.

The guest of honour was Dr. Rudra Sensarma, Dean Research & Innovation, IIM Kozhikode. He appreciated the quiz and underlined the need for speed and thinking on one’s feet in a modern world.