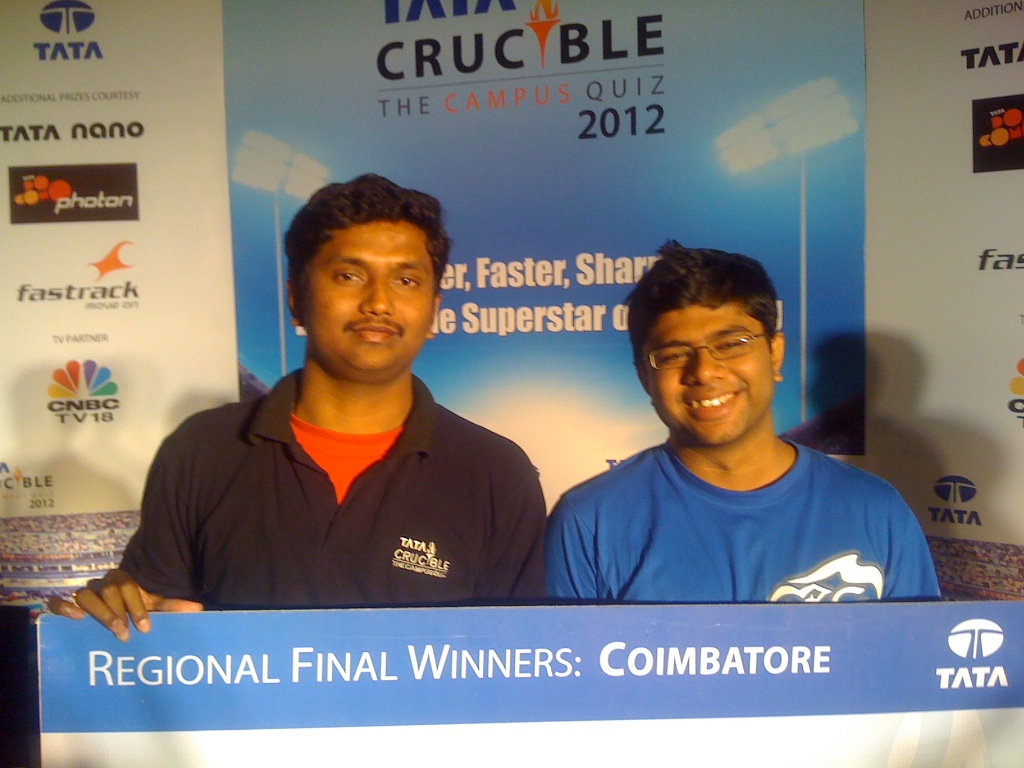 Coimbatore produced one of the best Campus Crucible’s so far as teams displayed amazing aptitude and fighting spirit resulting in edge of the seat entertainment and brought the city to life on a Sunday afternoon. Earlier in the day, over 120 teams took the prelim from which the following six teams made it to the final.

The final witnessed all teams battling close to each other in the initial rounds, while IIM and PSG Tech pulled ahead in the next rounds with some good answers. Some of the answers were truly high quality and stumped those in the audience reflecting on the growing passion for quizzing here.

The buzzer rounds witnessed a couple of very good strikes by Sri Krishna College on the world of Tatas and then a phenomenal come back by the ICAI duo backed with repeated strikes that got them into the lead. One question remained and with ICAI on 45 and two teams (IIMK and PSG Tech) on 30 it looked like the aspiring Chartered Accountants would sail through.

On the final question IIMK took the risk to crack a 15 pointer forcing a tie breaker and then getting past ICAI prompting the quizmaster to say ‘In this modern world when you choose to back yourselves and believe in your abilities, you would win on most occasions’.

The guest of honour, the head of the new Vivanta at Coimbatore, Mr.Prasad congratulated the teams on a fantastic show and spoke of how the event reflected the Tatas “passion for excellence” and urged the youngsters to follow the path of excellence.