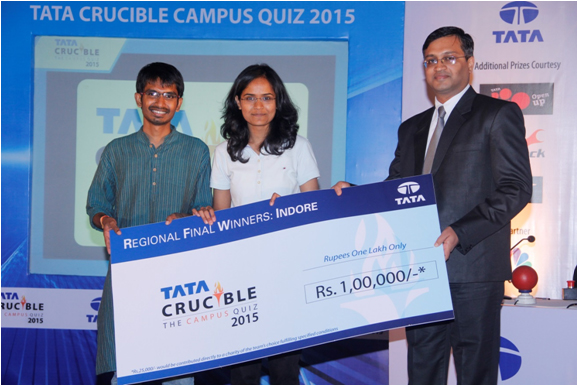 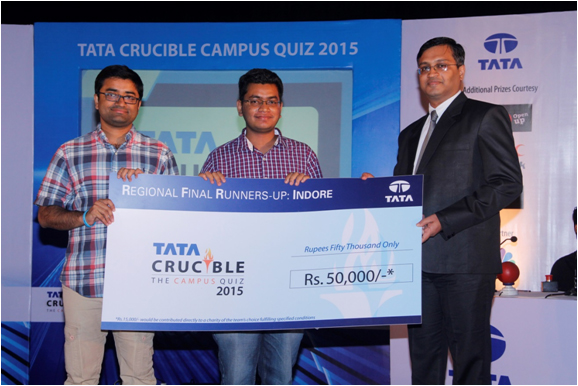 It was year eleven of the most awaited quiz on campuses across India and the child like excitement on the faces of students from IIT’s and IIM’s was a trifle amusing, but delightful to watch. Add to it a prize amount of Rs. 8 Lakhs and a couple of ‘BOLT’s’ from Tata Motors, waiting for the winners. The tension was also visible.

Quizmaster Pickbrain started proceedings with crisp introduction and moved on in very a businesslike manner, clinical and swift with the prelim breezing through the 20 questions. Team that placed 5 to 10 were called on to play a ‘SUPER OVER’ that resulted in two IIM Indore teams making it to the finale.

The format of the final is very interesting and fair to all the teams, where they get multiple attempts on each question, with the possibility for the team attempting second on a question to decide the value they want to play by either a ‘Powerplay’ or a ‘Freehit’. The final was a cliff-hanger with all the teams evenly placed at the end of the first segment. The quality of answers underlined the ever increasing interest and comfort towards a Tata Crucible in this region of India.

In the mid segment, the quiz opened up even further, as the three IIM teams on stage with CHIMC all inching forward with good strikes. Tactics were tested in the next rounds as IIM Indore with Ms. Deepti and Ameya opted to play safe and the other teams started taking risks. The other IIM team of Rishabh and Vatsal also progressed well.

As the excitement mounted and the quiz inched to the final questions, it was a battle between these two IIM teams. Rishabh and Vatsal DPS had to get it right to get past Ms. Deepti and Ameya, but they missed out while the latter knew the answer and clinched the title to make it to the zonal final.

The guest of honour Mr. Nipun Goyal the Head Operations (Footwear Division) Tata International congratulated the teams and gave them their cheques.