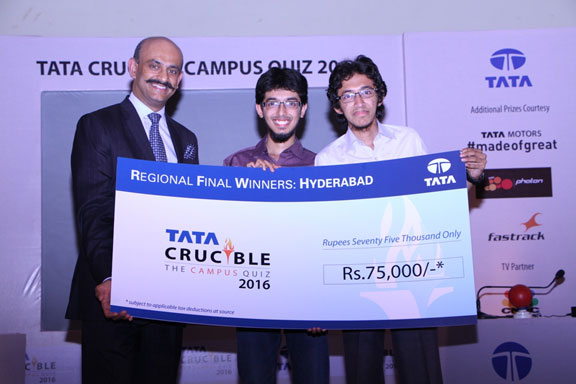 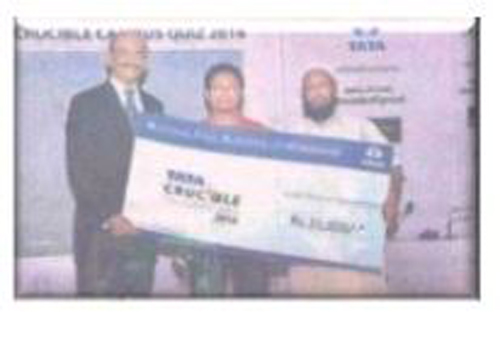 Close to 500 students from colleges across Hyderabad, gathered at the city edition of Tata Crucible, which attracts huge crowds and top quizzing teams in the city. The prizes being attractive and the pride of winning this quiz even greater, teams were keen to outwit each other with their answers in the prelim.

The quiz got underway as Pickbrain walked in to a thunderous applause and several teams were taking part in the quiz for the first time. The six that made it to the final were:

In the final stages of the quiz, the doctors in the making, dominated the quiz and got themselves into an unbeatable position and clinched a title they had lost by a whisker a year ago. ICSI had to settle for the runner up position.

The guest of honour Mr. Mohan Chandran, Area Director South region, Taj Hotels, spoke of how knowledge with the right values would lead to success and how he had learnt those from his stint of close to three decades with the Tata Group.