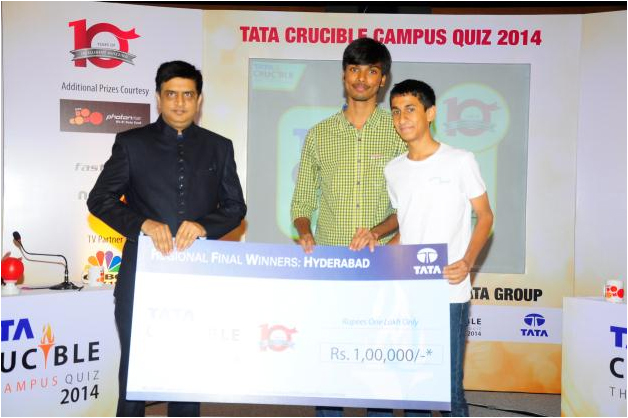 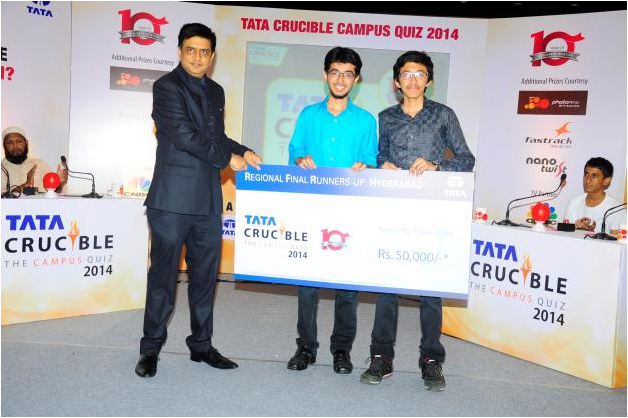 It was a ‘huge city’ for Crucible as quizmaster Pickbrain put it. Hyderabad certainly has been consistent in producing some of the nation’s best quizzers in the past years and a turnout of about 350 people indicated that enthusiasm and interest.

A fairly tough prelim of 20 questions had the teams thinking but some of them still insisting that the quizmaster not give clues, a measure of the intensity of the contest in the city. After the prelim and a quick wild card the finalists were:

The final was a tight battle from the word go. The quizmaster pointed rightly that hardly anything separated the teams in terms of scores to qualify into the final so it would be a close call. With each round all teams moved almost neck and neck and it all came down to the final round in what was a low scoring finale.

The duo from ICAI who were a shade ahead of the rest took the first risk and got a 15 point that really made it a case of ‘chase us down if you can’ for the others. Osmania Medical came back with a brilliant 15 pointer on the very next question and it was tense going into the final question but the former held their own and clinched the title.