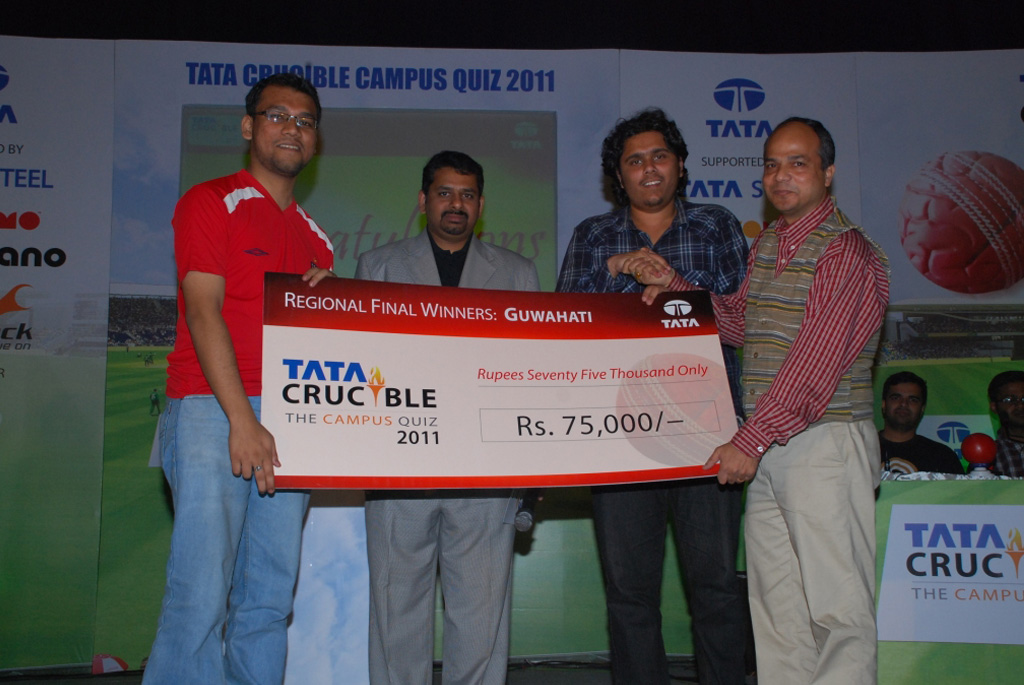 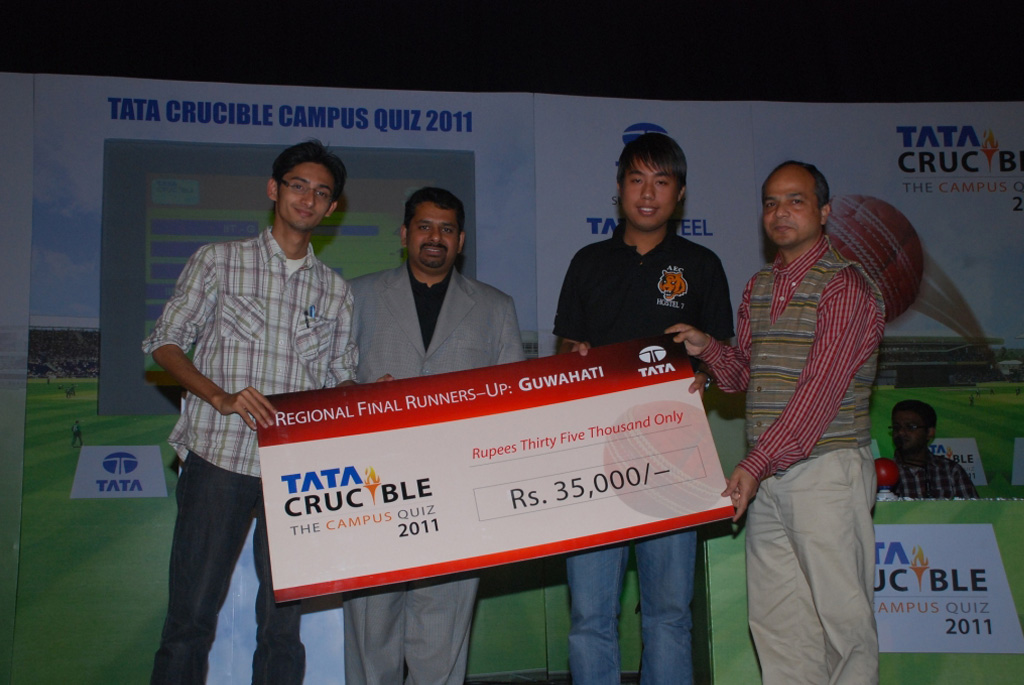 A day after the India England tied thriller in the world cup, the Guwahati edition of the quiz seemed like a repeat telecast with all the ups and downs of a blockbuster cricket match. A very interesting prelim kept the large audience picking on their resources as the following six teams made it to the final.

The initial overs witnessed the two teams from IIT-G and IIM-Shillong score quickly as the other teams took time to understand the turf. A quick power play by IIM Shillong had them leading the quiz but in no time Kapinjal and Chaitanya pulled back with some good answers.

The quiz moved into the Tata track and the young duo from AEC – Maharnav and Parikshit made headway with scintillating strokes and kept the momentum alive in the subsequent rounds that demanded lateral thinking.

The final over had four teams in with a chance to make it to the national final, but with some really good strokes it was the IIT Guwahati duo of Kapinjal Kishore and Chaitanya Joshi who won that title again. In an attempt to clinch the title , IIM lost runs and in the process gave the second place to AEC,represented by Maharnav and Parikshit.

In only its second year ,a turnout of over a 120 teams coupled with the high quality levels in this city ,should make this city a regular stop over for Crucible.