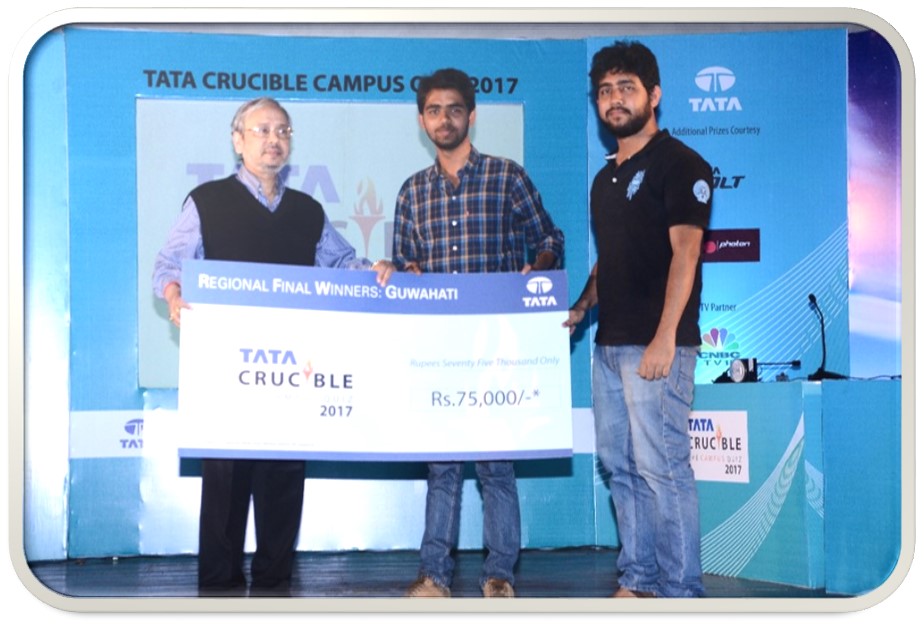 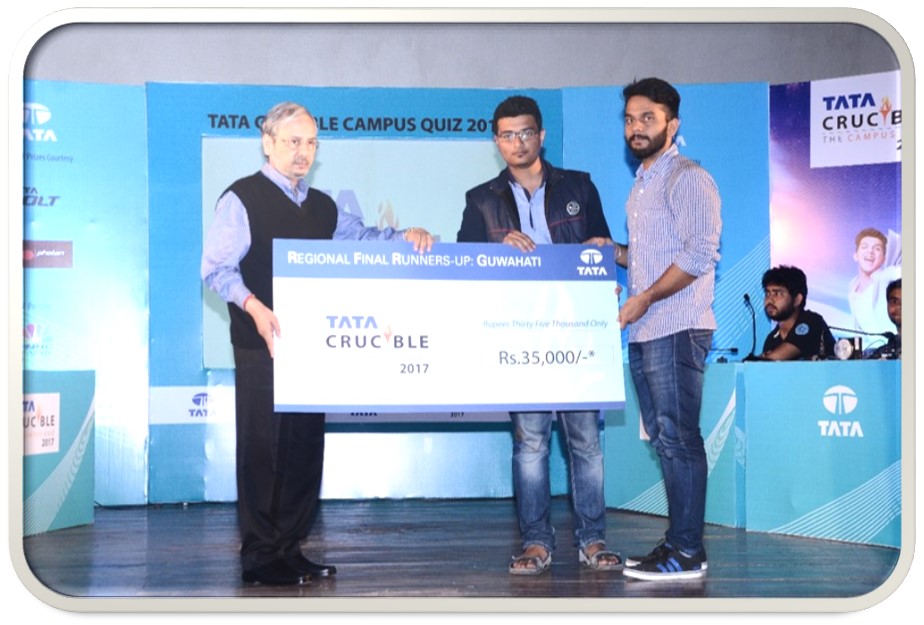 The city of Guwahati was happy not to just play host to its edition of Crucible but with the addition of Shillong as a city, the competition had been distributed. That gave teams a better chance to make it to the final. This reflected in the enthusiasm shown by the teams. Pickbrain responded with a tough prelim and the final six who made it were:

The final started with AEC off to a quick start but soon it was Guwahati University which started blazing away with one good strike following another. They maintained a steady momentum through the levels of the quiz to get way past all the teams and register a record win with over 750 ‘crubits’ to their credit.

The battle for the second spot was interesting and three teams were in fray with AEC, Cotton College and the IIT teams in with a fair chance. At the end of the final level of the game, it was AEC that out played the others to clinch the runner-up title.

The guest of honour, Prof. Gautam Biswas, Director, IIT Guwahati gave away the prizes to the top teams. Guwahati University now make it to the zonal at Kolkata.