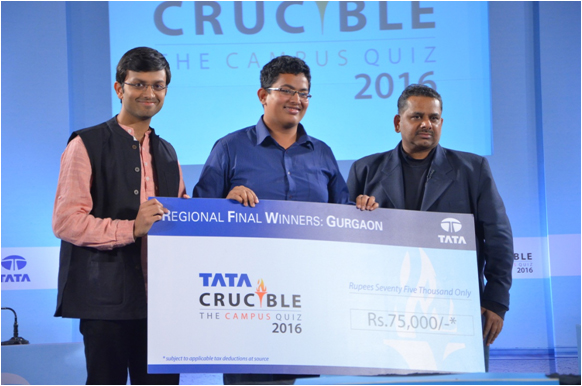 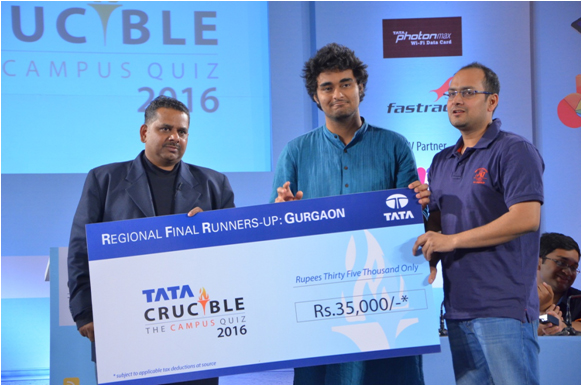 The Gurgaon edition of Tata Crucible was marked by the high quality of the teams and the intensity with which the teams competed. After a fast paced prelim, the stage was set for the six teams that made it to the final.

The final was equally fast paced. The teams were all off the mark in a flash, and the strategies adopted were different. While the Ashoka University teams deployed the power play often and took chances, the MDI teams played it safe.

However, as the quiz progressed the need to score more was visible and teams did take some half chances as well. It was around the mid stages of the quiz that the duo of Mukund and Mayukh started to break away and move ahead of the rest.

The MDI duo of Shrey and Sumit played well, but could not catch up with Mukund and Mayukh. Towards the end, they had to fight a final question decider with Apuroop and Sachin, to win the runner up title.