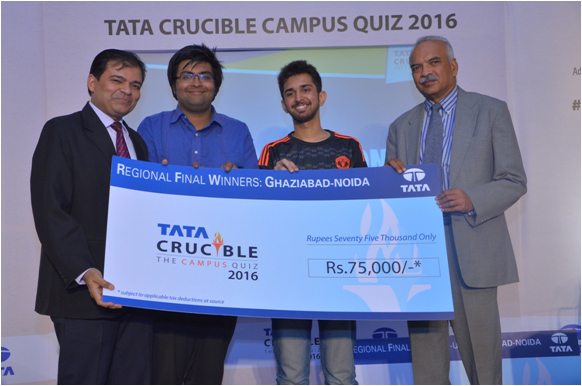 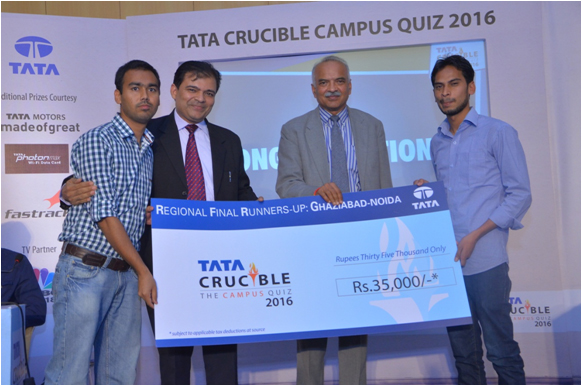 Vini.Vidi.Vici. They came. They saw. They conquered.

This was the apt description of the champions by the quizmaster after a stupendous performance by the two communication department students from Amity who scored at will and displayed great depth of knowledge.

The excitement also revolved around the fact that it was the first time the quiz was being held at Noida. Interestingly, many in the audience, from Delhi, seemed keen to know what the format of the quiz would be, given that the next final was at the national capital. The finalists who made it from the prelims were:

The final barely started and the Amity duo got down to business with sheer knowledge, not allowing the format or the other teams to affect them. They certainly seemed to have tightened their game plan from a year ago when they had lost on the final question of the quiz.

This time around, they were simply unstoppable and registered a resounding victory while the battle for the second place was a tight and tense one, eventually going the Aligarh Muslim University’s way, with the others teams missing out in the end.

The chief guest, Mr. Sanjay Singh of Tata Sons gave away the prizes and spoke of how the Tatas wanted to connect the youth of the nation through knowledge and Tata Crucible was conceived to cater to that objective. He also remarked on how a knowledge initiative had transcended from being a mere 8 city event to 36 cities catering to the small towns of India as well.

At the end of the day it was an amazing quiz where the quizmaster Pickbrain with a high energy performance laced with witty one-liners, too perhaps deserved the same description: Vini, Vidi, Vici.