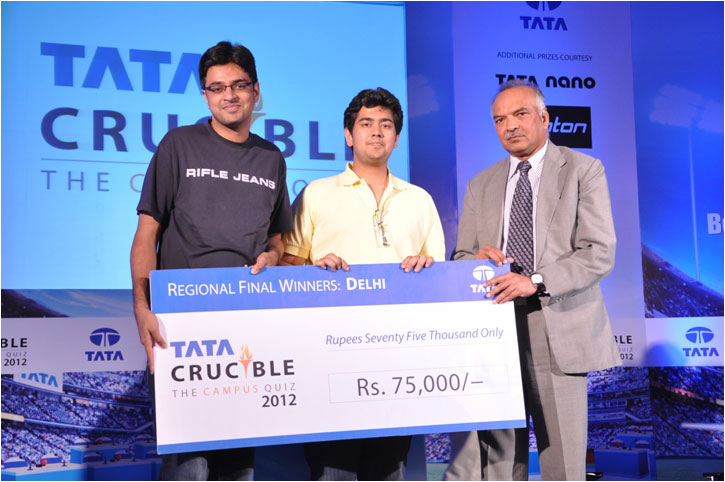 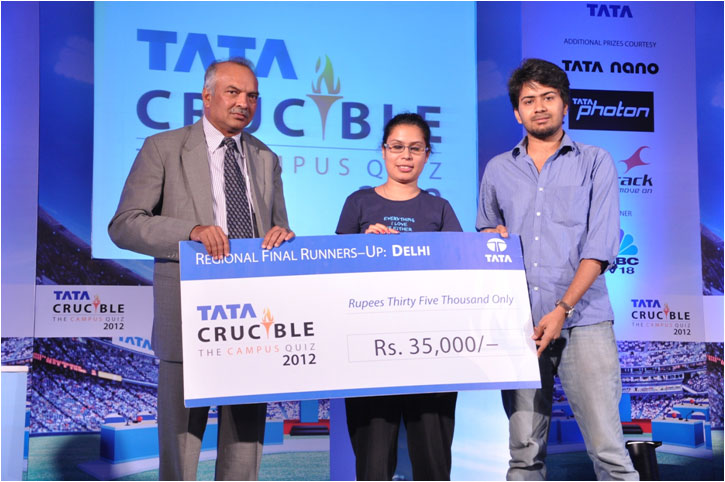 Runner Up, MIB Dept of Commerce DU: Ankit and Ms.Richa

‘This is by the far the most exciting regional final we have witnessed’ said quizmaster Pickbrain summarizing the Delhi final. With close to 200 teams the prelim was expected to be tricky but the teams did well to score better than what the quizmaster anticipated.

The early rounds of the quiz were so evenly distributed in terms of performance that one could almost sense the tension the teams must have been through as the battle was so tight. It seemed like the initial phases of a Tour De France where teams all stay in a huddle not giving an inch to anyone.

As the questions kept coming the teams slowly started taking a few risks on the buzzer. MDI doing well to get into a lead that stayed for a few rounds. Delhi School of Mgmt, DU and IIFT all doing well to stay on course behind MDI.

The guest of honour Mr.Sanjay Singh from the Tatas spoke about how Tata Crucible was a knowledge connect for young India that helps them be sharper and better prepared for the future.