Dehradun – IIT Roorkee get past IIM at Dehradun 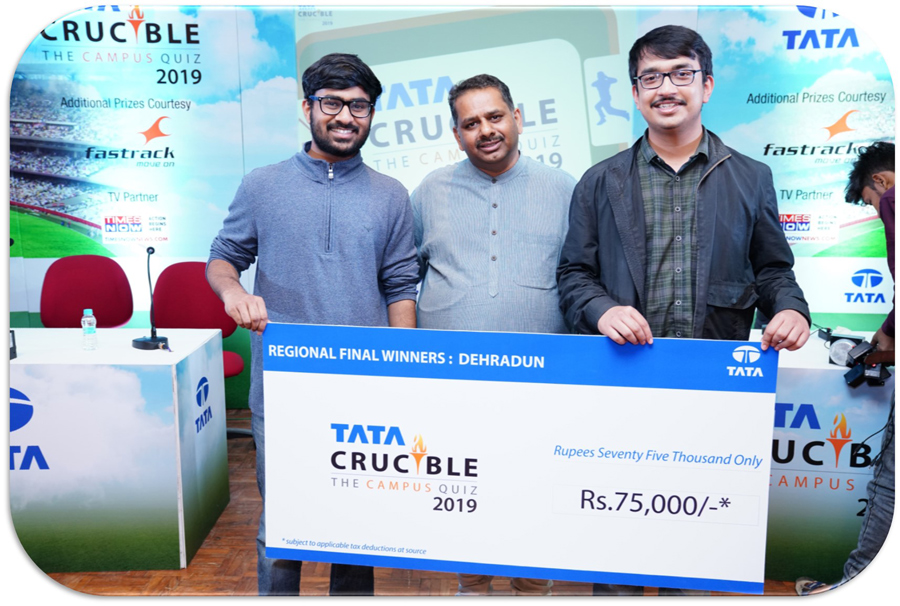 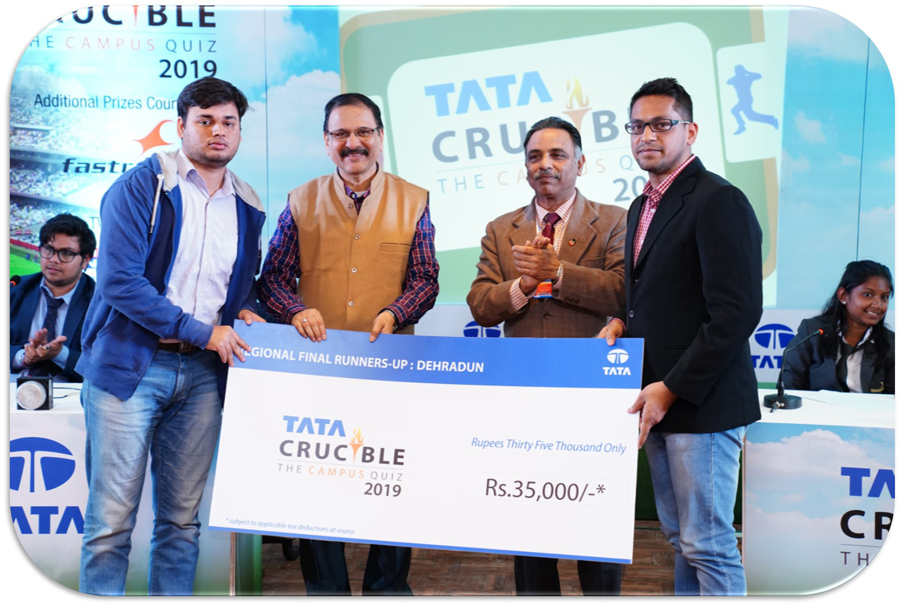 Over 500 people witnessed the Dehradun game of Tata Crucible for campuses. The energy levels were so high that the host Ms. Rashmi Furtado, had to wear a teacher hat and rein them in. She set a brisk pace for the prelim and helped the teams with appropriate clues where required. The team that made it to the finals were:

The final was a very even battle with UPES getting into the lead first, while the IIM team came back strongly to get ahead of all the teams. The IIT teams were always in the hunt but all teams on stage seemed tentative on playing the big sixes.

The team of Saurav and Nikhil played the waiting game initially but in the middle overs managed a couple of sixes and cross the IIM team and kept the pressure on them. In the meantime, the other IIT team and the UPES team also closed in, making it a very close final over.

With a lot of pressure on them, the teams chose to play risk averse and that did not help the IIM duo as they lost out to IIT on the final ball of the game. It was however a very spirited effort that got Saurav and Nikhil to win the title.