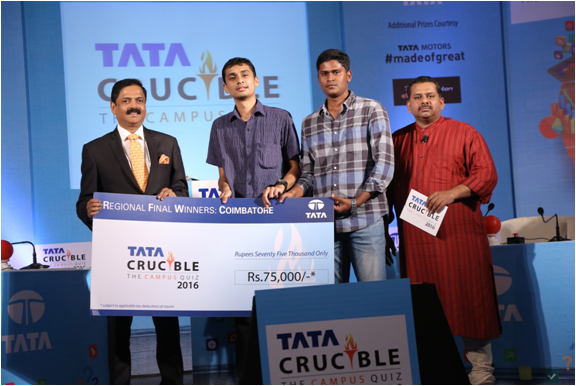 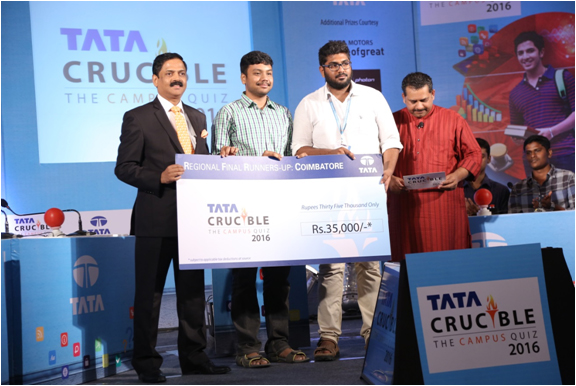 Over 200 students gathered for the city edition of Tata Crucible at the beautiful Vivanta by Taj Surya. After a quick prelim of 20 questions, the finalists who made it from the prelim were:

The final was a tight fight, initially with the PSGCAS team bursting away to a lead but then started taking too many negatives to be able to do well. The duo from PSG Tech soon showed great resolve and composure as they went about in a clinical manner round after round with prefect answers.

Soon enough they had scored enough to stay clear of all teams to register a comfortable win. The second place was a nervous battle that went into a tie breaker which was won by the duo from CIT.

The guest of honour Mr. B. C. Kumar, the General Manager, Vivanta by Taj Surya appreciated the teams and advised them to learn from such platforms, to think out of the box and train themselves to be thinkers.