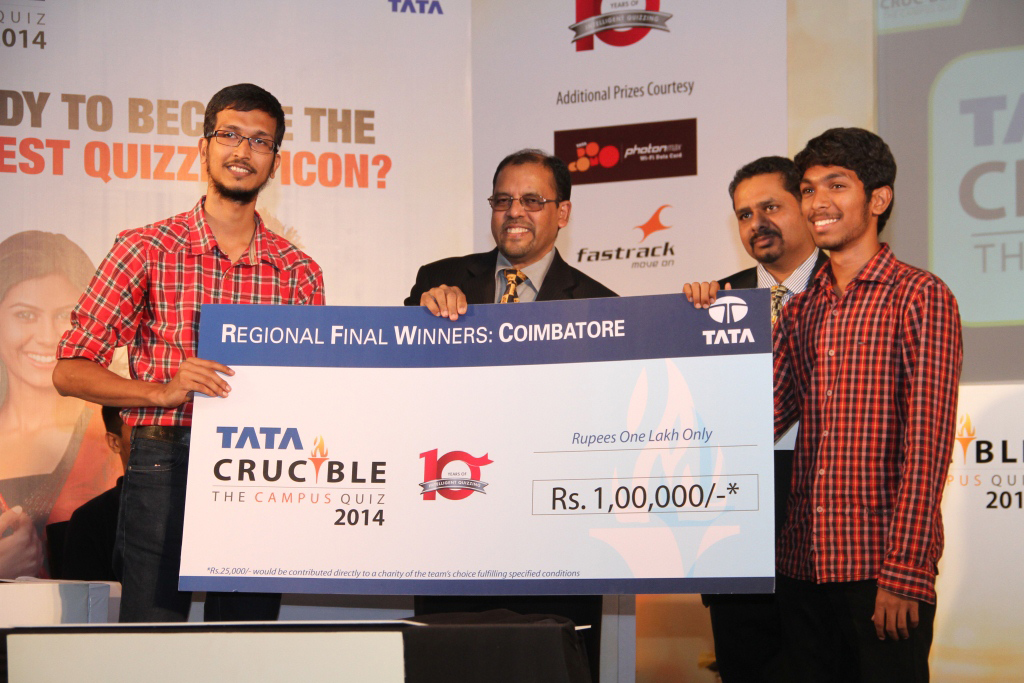 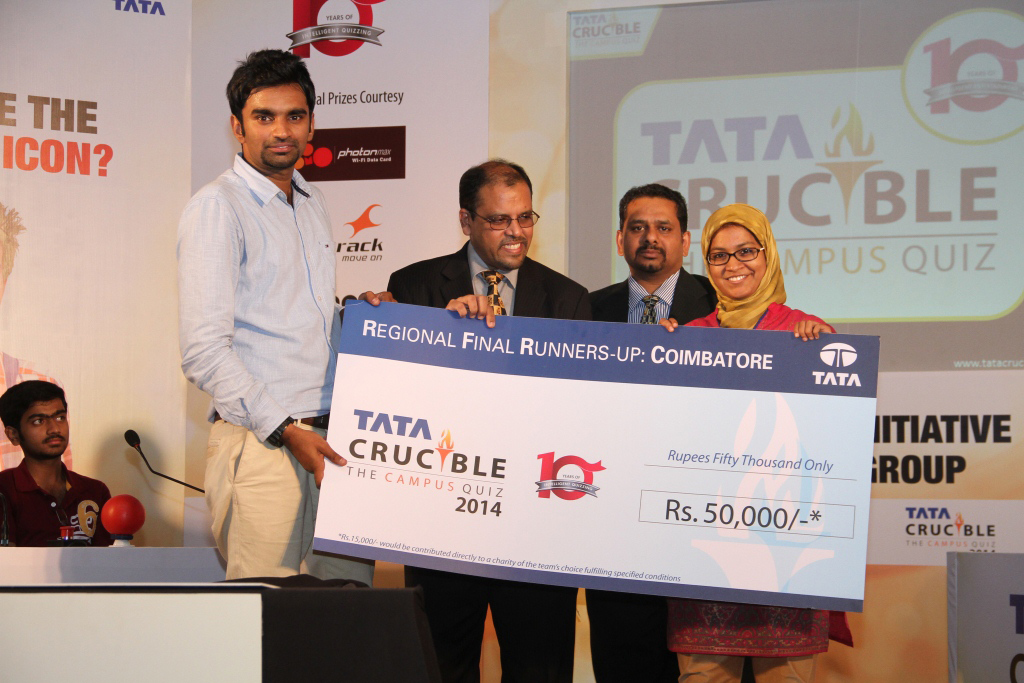 The Coimbatore edition of the quiz attracted teams from across the region. Many teams having prepared for weeks to be here. The prelim was expected to be tough but it was workable as Pickbrain went about his task in clinical fashion identifying the finalists.

The final started with a young PSG CAS getting into the lead to be followed by ICSI and subsequently as the quiz moved into the visual round, the duo from ICAI also catching up.

The buzzers played a very significant role as ICSI and ICAI gained while PSG CAS lost a little ground with negatives making the entire battle interesting and absorbing. As the quiz neared the final round, all the three teams had a chance to win but on the final question the young duo from PSG CAS clinched their first ever title getting past a very resolute and well prepared ICSI.