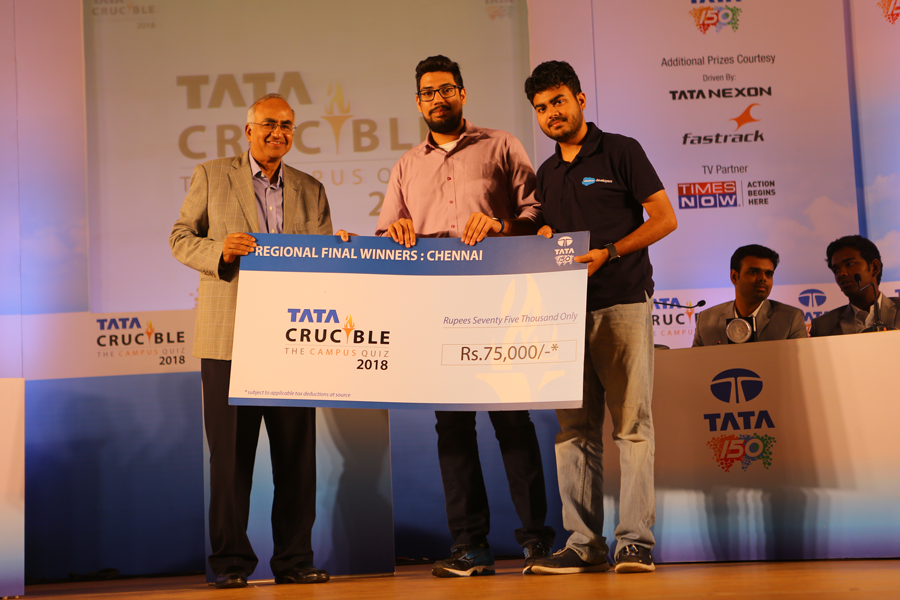 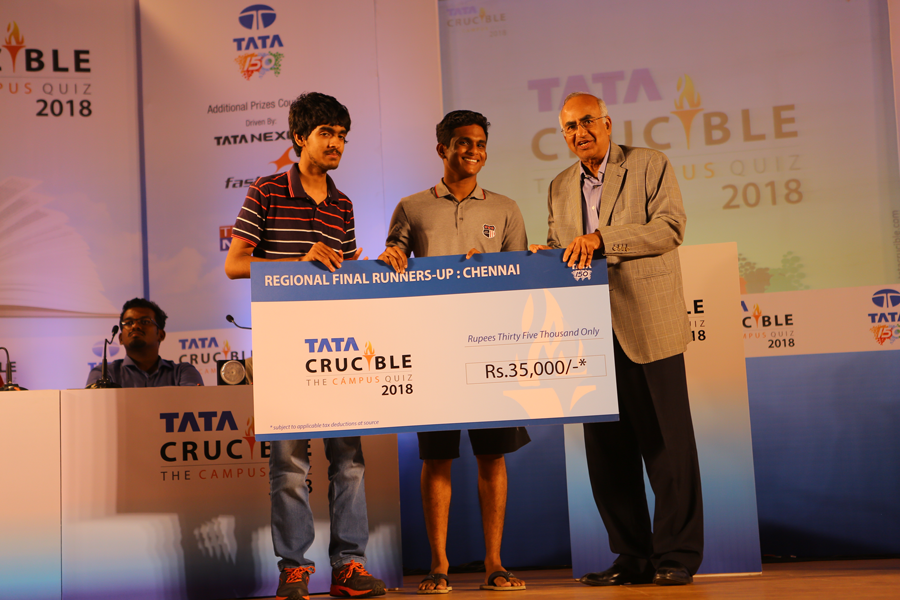 Over a 1500 people and the iconic Music Academy was over flowing with teams from all over the city. Quiz host, Ms. Rashmi Furtado anchored the prelim with a lot of clarity and confidence choosing carefully on where to lend clues and where not to. The prelim led to the final six.

The final, hosted by Pickbrain, was a crisp fight between all teams. The first phase of the contest revolved more around the strategies the teams adopted. The quiz moved at a brisk pace and the teams from IIT, Asian College and IIIT got ahead of the rest.

Over time the IITs and Asian College were in a three-way tussle for the title, the Asian College losing out not choosing to play at higher value and finally having to take the buzzer on the final question where they got the answer wrong to finish third. In the meantime, it was Giri and Varun who had gained and held their lead to win the title. The other IIT team of Pranav and Rahul finished runner up.

The guest of honour Mr. Mahalingam, former CFO, TCS, spoke of the importance of hard work and smart work.