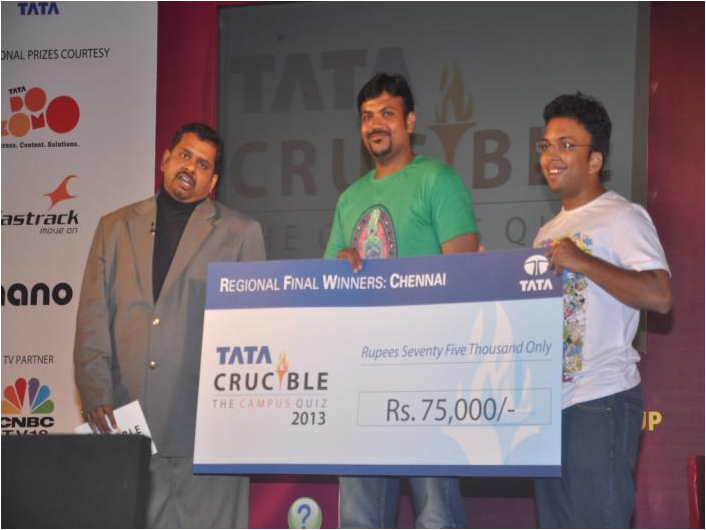 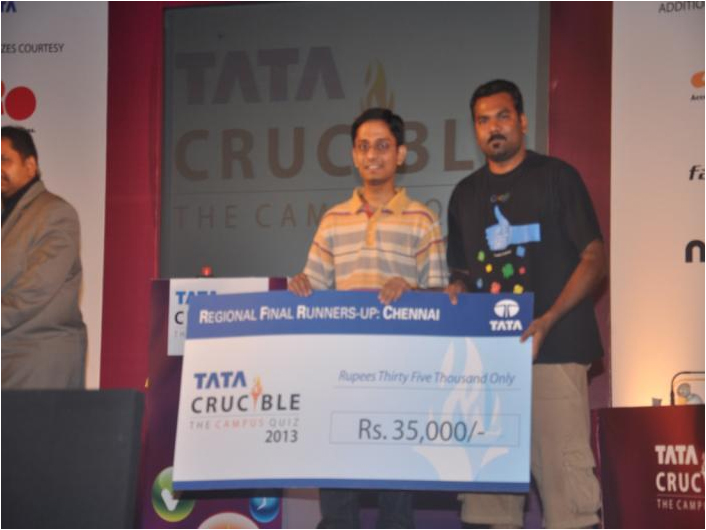 Over a 100 teams battled the prelim at Chennai where the questions were certainly a notch above the other cities the quiz visited in the past week indicating the caliber of quizzing and the expectations of the quizmaster from the Chennai audience.

The finale of the quiz was a brisk start with teams scoring early and it seemed like a tight set of teams, but in the next couple of rounds that followed it became a battle between ICAI and GLIM, both scoring at a regular frequency. The other teams made attempts to catch up but lost some ground on the buzzers while these two kept moving ahead.

In the next few rounds the ICAI duo stamped their authority on the quiz and starting blazing away with some remarkable answers. Great Lakes did try to regain ground but realized they probably did not have a chance against a very well prepared ICAI and immediately showed maturity to adjust their game and not do anything silly as they had a great chance of finishing runner up.

However, there was some excitement in the final round as IIT Madras made a brisk comeback and looked like threatening Great Lakes but the latter held their own and finished runner up. IIT Madras would sure look back and believe they could have taken a few more chances today.