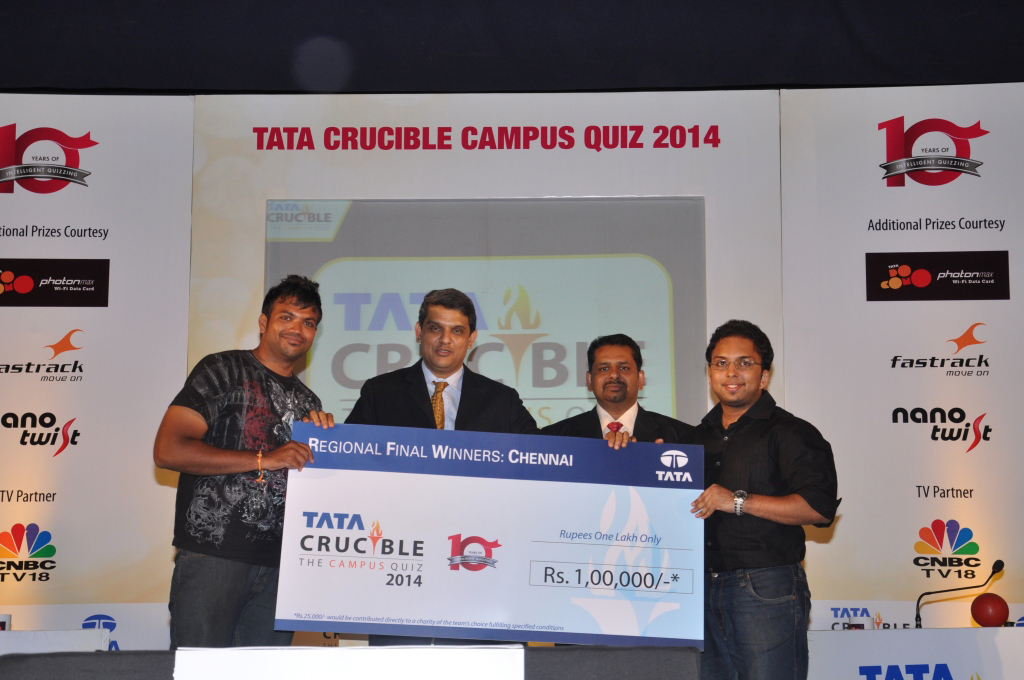 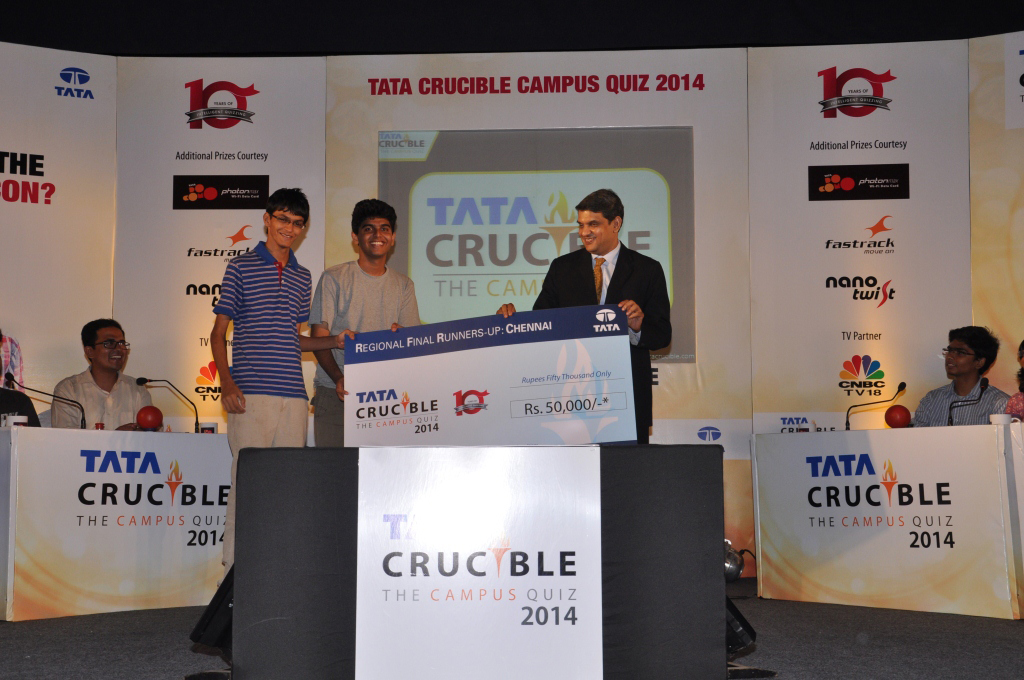 Any quiz at Chennai is like a celebration and this time around it was genuine celebration time as Tata Crucible celebrates a decade of quizzing on campuses. The proceedings started with a quick but tough prelim leading the finalists.

The first couple of the rounds of the quiz did not yield much as most of the teams were on the same score prompting the quizmaster to comment at the onset of the buzzer rounds that it would play a significant role in a tight and close quiz,

Sure enough the onset of the dreaded red button resulted in ICAI moving ahead but with all the IIT teams right behind. However as the rounds moved on ICAI grew in strength and won the quiz comfortably with SRM coming in as runner up.

The prizes were distributed by Mr.Prakash, the GM of Taj Coromandel who himself is a past Tata Crucible champion.