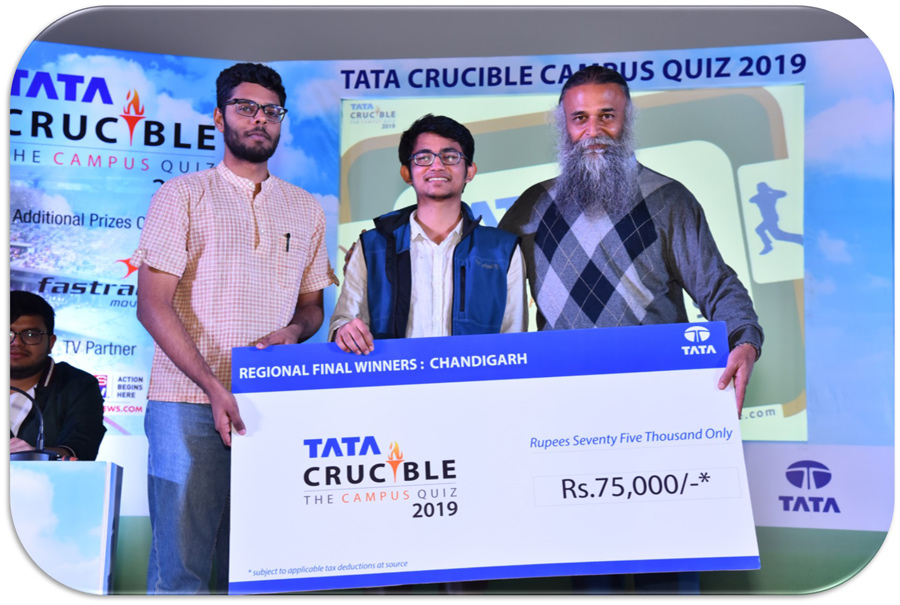 IISER - Abhijit B and Ojaswi Gupta 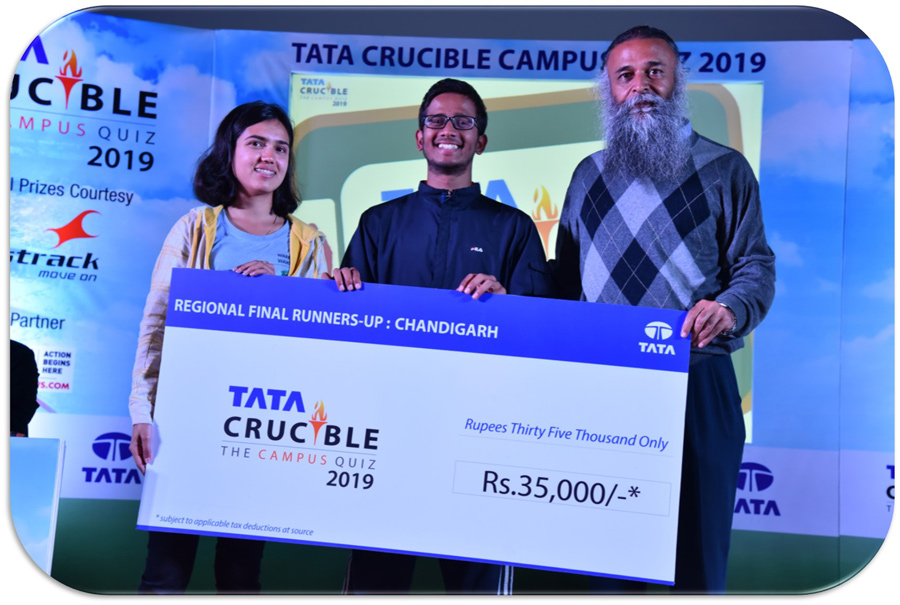 The lovely city of Chandigarh was playing host to an India â€“ Australia ODI but the battle at the nearby IISER campus, which hosted Tata Crucible seemed an even better thriller as it went down to the final ball with three teams almost on the same score.

The prelim, hosted by Ms. Rashmi Furtado, was chequered with crafty clues that each team latched onto, while they stopped her from giving clues to many questions indicating the high levels of competition here. The teams that made it were:

The final saw Pickbrain anchor the teams with his questions at a brisk pace. The teams that scored early were from IISER but very soon it was UIET which pitched in with big hits. The game kept moving from one over to the other and all the teams seemed to either gain or lose ground, but no one seemed to emerge as a favourite.

It was a tense game and as the final ball was to be bowled three teams were on 31, 30 and 25 runs making it an absolute thriller. The duo from UIET who were on 25, took the plunge and went for a six, which tied-scores with IISER represented by Abhijit and Ojasvi. The tie breaker that followed saw IISER win a memorable victory.

The guest of honour Dr. Arvind, Director IISER, appreciated the business knowledge of the students and gave away the prizes.