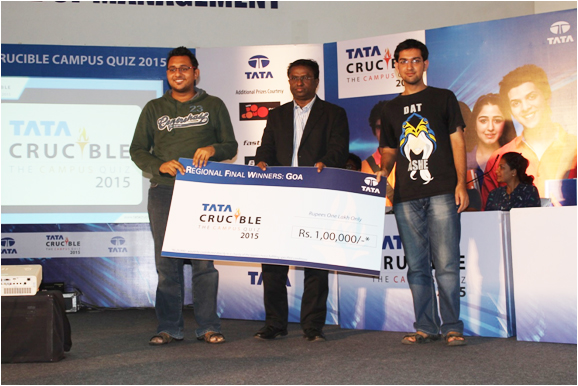 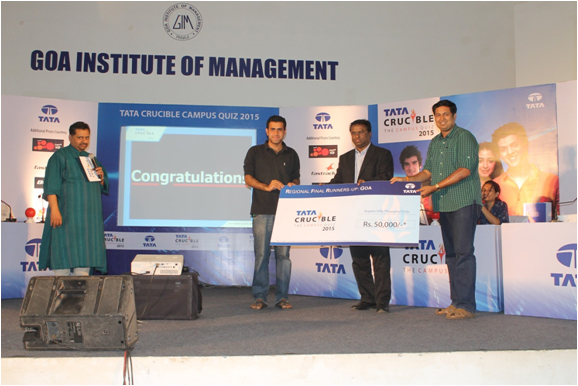 RUNNER UP : Goa Institute of Management

The GIM campus was abuzz in anticipation of the Goa edition of Crucible. A delayed flight and a quick apology and quizmaster Pickbrain was underway as he dished out a prelim that was very balanced, covering a wide gamut of topics, that forced the teams to think. The six that made it to the final were:

The final was a wonderful experience for the entire audience. It began with all teams playing well in the first half and as the quiz moved rapidly from one question to another the duo from BITS Pilani were in action cracking the questions, at will.

In the two segments that followed they had amassed a huge lead answering five out of eight straight hits on the buzzer and continued in the same manner to finish as champions, yet again, having won the Goa edition a year ago. The duo of Vithal and Mudit from GIM got the better of NIT Goa to clinch the runner up title.

The champs now move to the western zonals and with the form they seem to be in they sure will fancy their chances to move into the nationals as well.

The guests of honour was the Director of GIM Dr.Joe Arun.