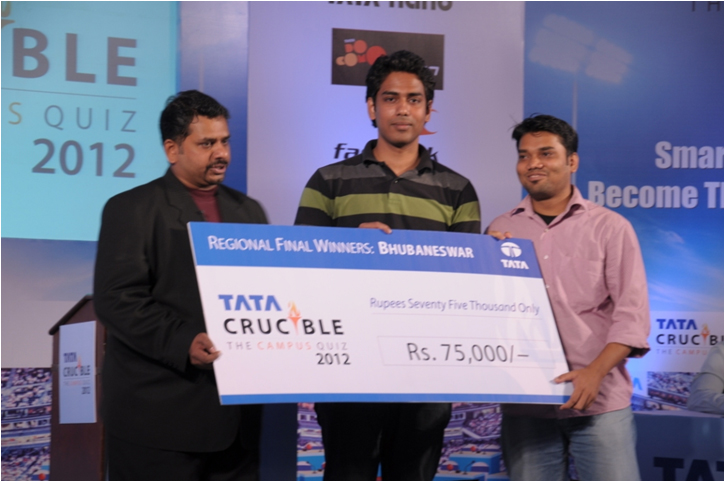 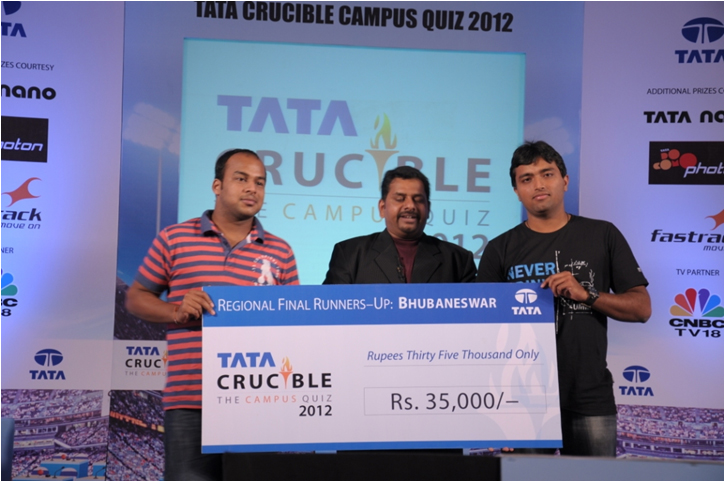 “This is one city that has shown remarkable growth in quizzing over the last couple of years” said quizmaster Pickbrain just as he came on stage to commence the quiz. In the next 90 minutes it was the turn of young quiz enthusiasts from this region to prove him right. After a tight prelim where several teams vetoed for ‘no clues’ the following six made it to the final.

The final started with the Engineering duo from KIIT taking the early lead and looking good initially. XIMB with Rashmit and Aditya were quick to close in while Geo and Manjit from the same institute along with ITER were just behind.

As the quiz entered the buzzer phase four teams had an even chance. The round on the world of Tata’s witnessed Geo and Manjit of XIMB inch on par to the leaders KIIT. As the quiz moved to the final phases Geo and Manjit powered their way past the others and then blazed with a few stunning answers to take the battle beyond the others.

The battle for the second slot seemed open but KIIT managed to hold their own and ensure the other XIMB teams did not spoil their party. The best part though was the fact that over 85% of the questions posed to the teams were cracked by one team or the other and if they missed out the audience sure knew the answers. This was appreciated by the quizmaster as a reflection of the increasing levels of quizzing at Bhubaneshwar.