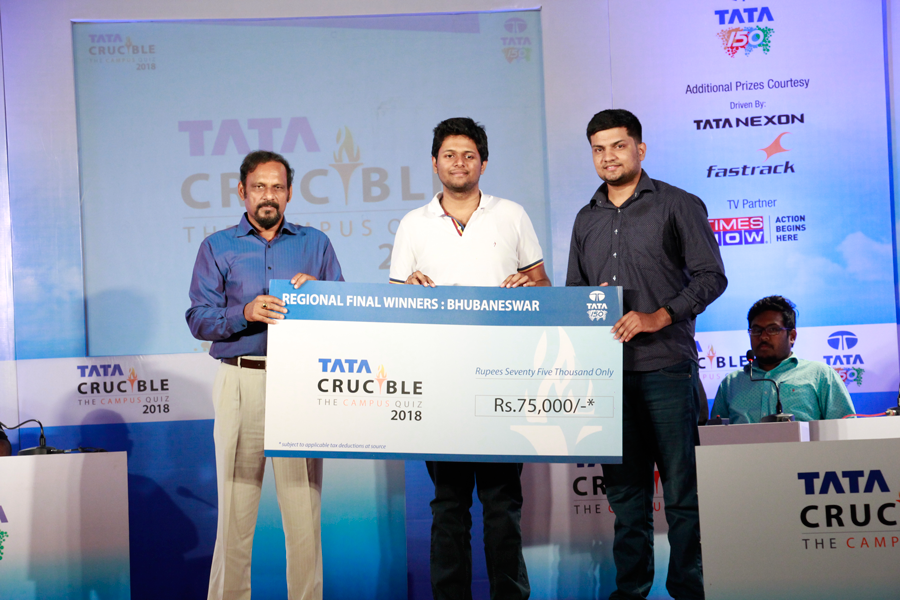 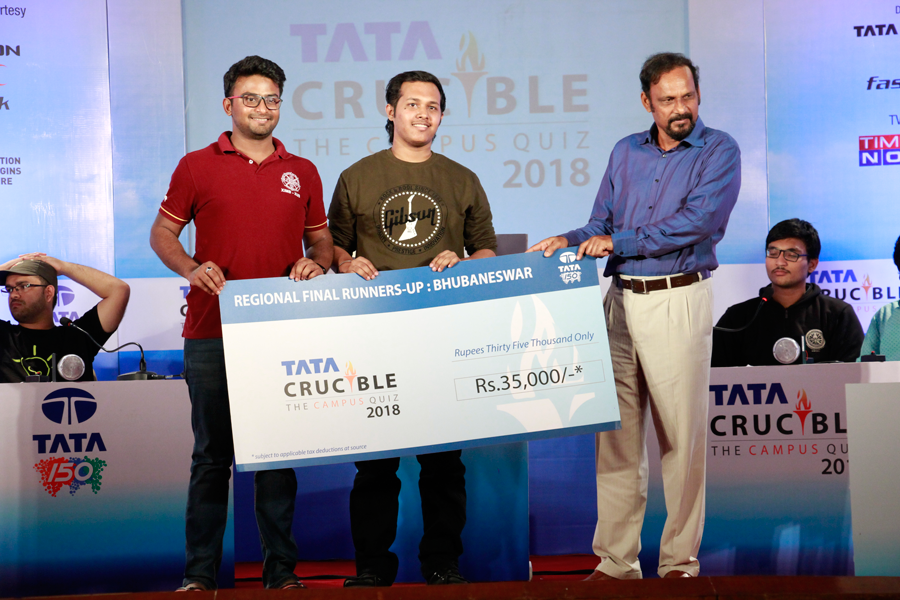 It was a warm afternoon at Bhubaneswar. One was in doubt if the heat was more from the tension of Tata Crucible or the onset of summer. Ms. Rashmi Furtado, the co-host of Tata Crucible, had lined up a reasonably tough prelim, with 200 plus teams in the fray, that seemed justified. Teams were seen shouting ‘no clues’ as they seemed well prepared. The finalists who made it were:

Pickbrain took charge of the finale and set a brisk pace. In the early stages of the final it was XIMB that was in the lead followed by the CET teams. The team from KIIT did well in bursts but were unable to get on stage, where they could move ahead of the teams leading the fray.

The quiz was tense and as it inched towards the final phase it was three teams that were battling with each other, the two CET teams and XIMB. The CET duo of Baibaswata and Sailesh, in their quest to get ahead, buzzed often but ended up with too many negatives that dented their outcome.

The other CET team of Suvam and Ankit, showed more patience and chose their hits on the buzzer better to not have too many negatives. This helped them stay ahead of the rest and win a memorable finale. The XIMB team did well to finish runner up.