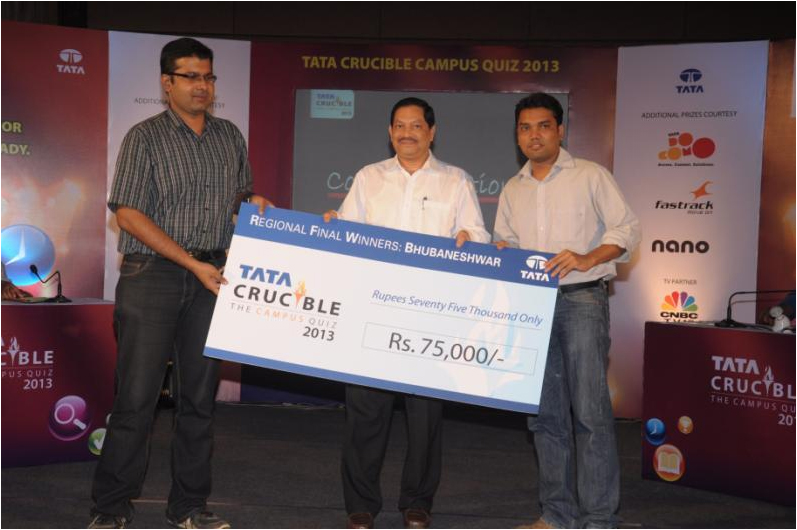 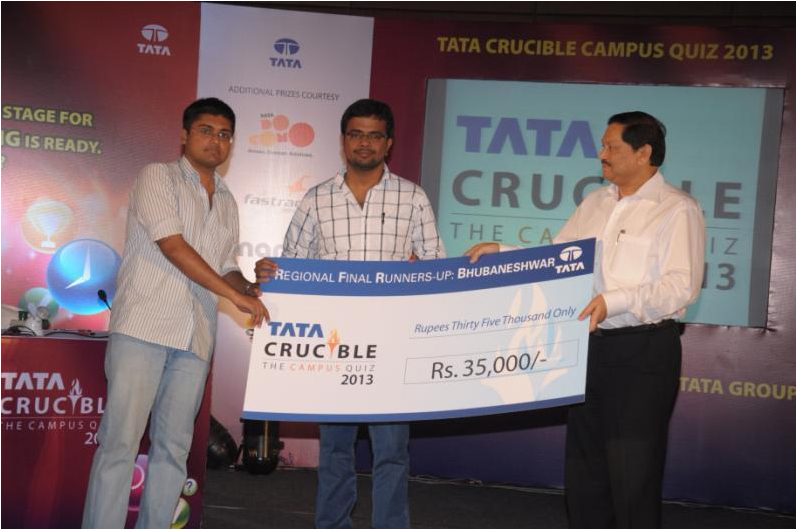 Over 170 teams were part of the Odisha edition of the quiz representing cities from all over the state, reflecting on the growing interest for the quiz in this region. The prelim resulted in a high scoring set of teams that also indicated to the fact that teams had been preparing for the quiz for a while.

The final saw three teams XIMB (Nayak and Patnaik), KIIT and XIMB (Manjit and Anupam) race ahead of the others early in the final. The rounds that followed saw the dominance of Manjit and Anupam who were extremely well prepared and fast on the buzzers as well.

As the quiz moved at a swift pace from one interesting round to another, Manjit and Anupam tightened their grip on the quiz and started moving into an invincible position. With the other teams not trying to chase them done, their zonal entry was certain and suddenly the battle for the runner up slot became interesting.

BJB College also joined the fray with a good answer while XIMB missed a couple of chances, being late on the buzzer. It finally came down to a brilliant answer by KIIT that got them a 15 pointer to clinch the runner up title.

Mr.U.N.Behera (IAS) the Principal Secretary for Home, Govt of Odisha gave away the prizes and appreciated the teams for their excellent display of knowledge.