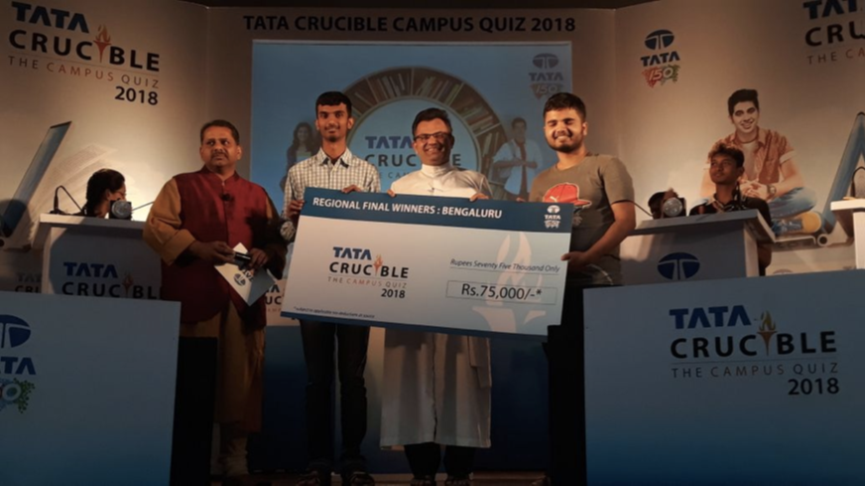 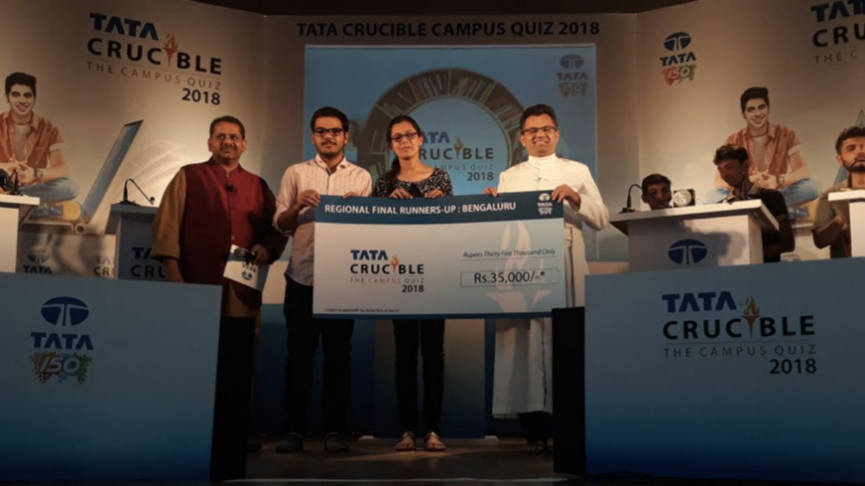 With over 400 students in the auditorium the energy levels were high as quiz host Ms. Rashmi Furtado took the reins of the prelim. She was crisp with the prelim and kept the students on the edge of their seats with her sharp wit and â€˜workableâ€™ clues. It resulted in these six teams getting into the final.

The final began with ace quizmaster Pickbrain taking over and a typical Bangalore final unfolded, IIM getting to an early lead, Christ loosing and gaining points while SIBM chose to play a little cautious despite knowing the answers. It wasnâ€™t until the second half that PES gained some control and got into the lead.

All teams did their best to catch up with them, but they stayed ahead to win another title. The two young boys from CMS Jain University played well to get to the second spot on a relentless SIBM came back strongly and on the final question clinched the runner up title.