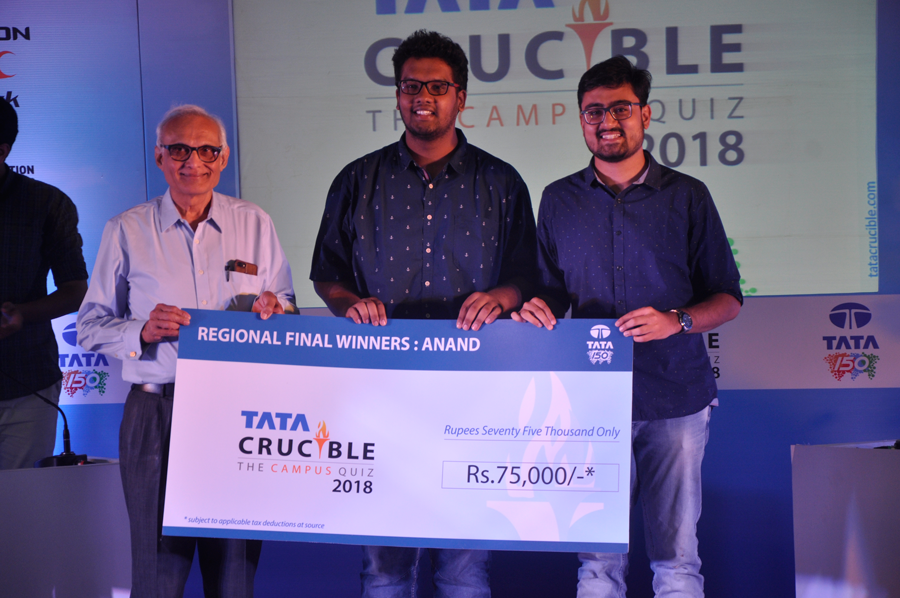 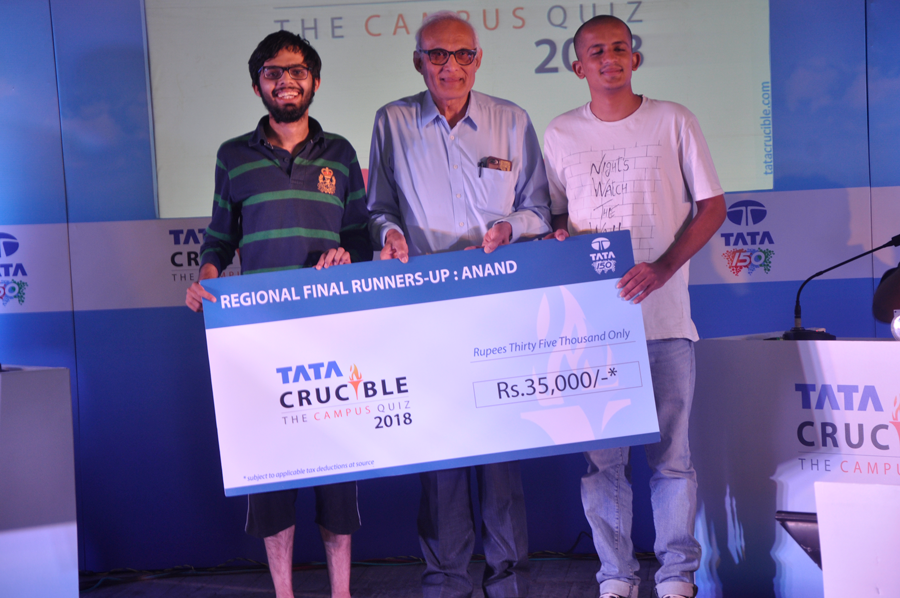 The inspiring city of Anand played host to its second Tata Crucible, the quiz being held at the prestigious IRMA campus. Over 100 teams battled through a tough prelim that led to the six finalists.

The final was a tense, close battle with the MSU duo of Bhushan and Shashank taking an early lead with all the teams scoring fast on the buzzers to catch up with them. The duo from GCET were soon on par and the battle between them stayed that way round after round.

The teams from IRMA, Navrachana and the other team from MSU all tried to catch up but could not string together enough answers to challenge the two leading teams. It all went down to the final question with both these teams on the same score.

The defending champions from a year ago, GCET took the risk and went for the final poser, getting it right and clinching yet another title. The guest of honour Prof. Hitesh Bhatt, Director, IRMA, appreciated the teams on a super performance and underlined the need for outside classroom learning.