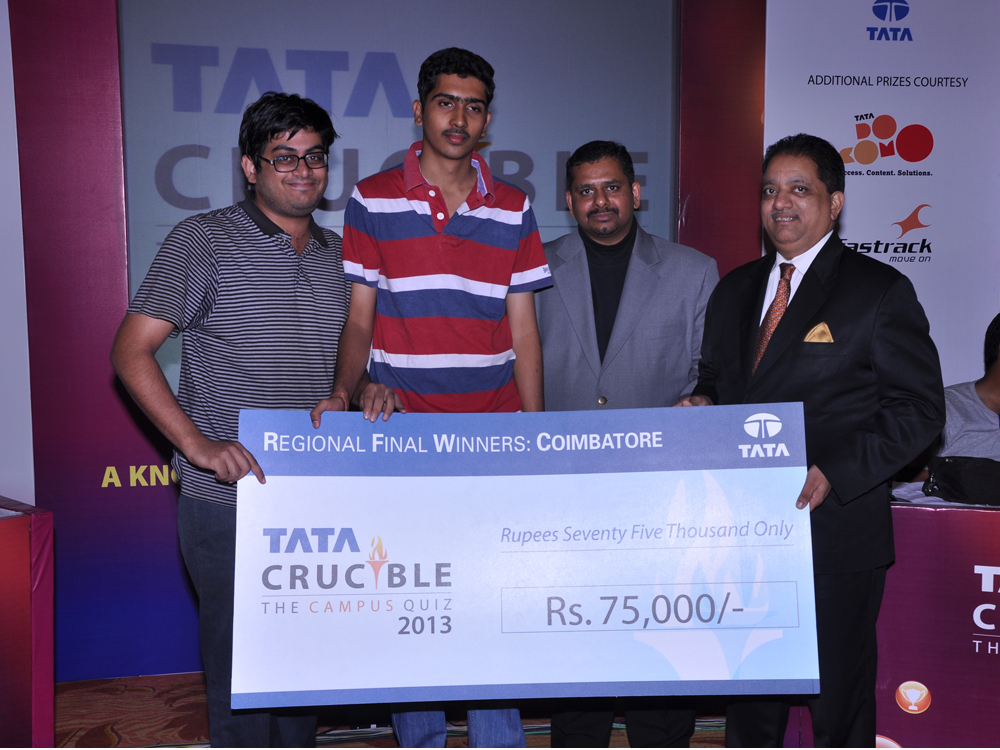 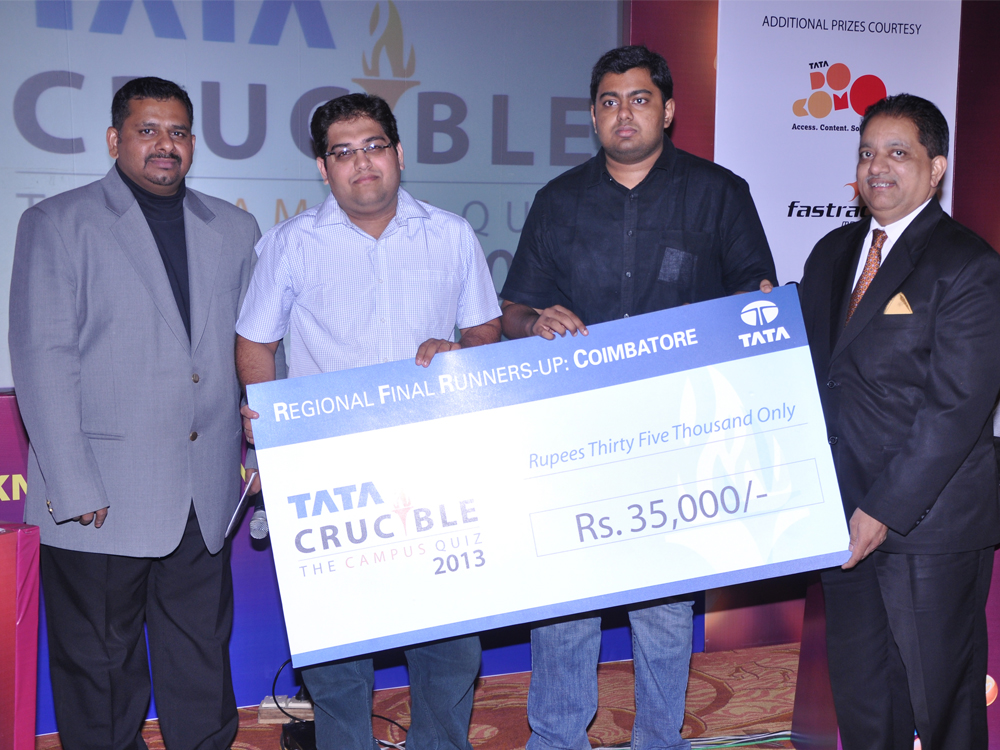 Over 300 youngsters from colleges across Coimbatore, Salem and Ooty battled at the first city final of Tata Crucible Campus Quiz 2013. At the stroke of 2, quizmaster Pickbrain walked in to take charge and unfolded the new format that would span 30 cities and for the first time witnesses a series of zonal finals before the nation round.

A quick prelim, a fairly topical one at that, with shouts of ‘no clues please’ from keen quizzers who seemed well prepared for the day, led the teams into the wild card round and the finale .

The finalists at Coimbatore were:

The final was riveting from the word go. Teams battled hard on a format largely based on speed and on the theme of measuring the Quotient of each team across Global, Lateral, Tata, Analytical and Business domains. At the end of six rounds of quizzing Amrita and ICAI were locked in a tie for the top slot.

In the tie breaker that followed, the duo from Amrita prevailed and became the first team to qualify in season 9 of the quiz, this time around to their zonal final, at Bangalore. The quizmaster Pickbrain showered special praise on a team from Salem that made it to a Crucible wild card rounds for the first time.

The guest of honour Mr.Prasad, the GM of Taj Vivanta Coimbatore applauded the teams for their sterling performances and gave away the prizes.