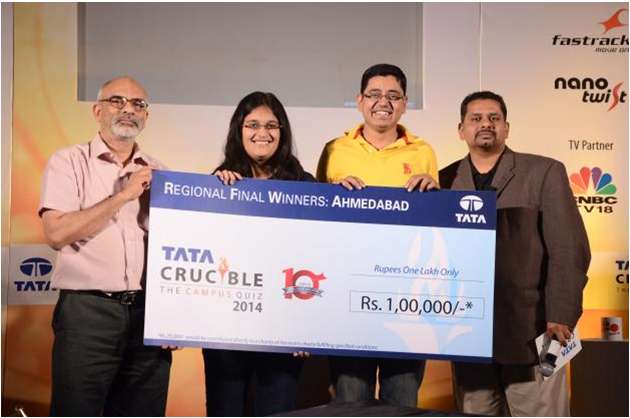 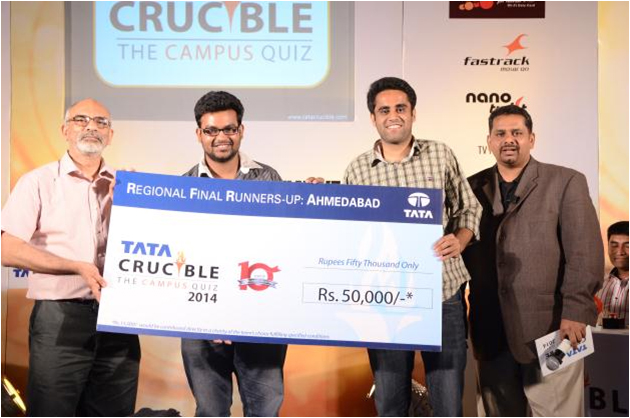 The IIM campus at Ahmedabad was abuzz as 394 teams converged at the campus for the 10th edition of Tata Crucible. Being a tough city the quality of the prelim was clearly a notch higher than most cities. After a gruelling battle the following six teams qualified to the final.

The quiz started with the IIM duo taking control early on but the teams from MICA quickly caught up and started answering at a quick pace. The other teams also caught up and with one round remaining as many as five teams had a chance of winning the quiz.

In the final round Sukhada and Aditya established a early lead and held on to it even as their own college mates Akashdeep and Samrat got ahead of IIM-A and tried to catch up with them too. In the end it was MICA winning the top two prizes with Sukhada and Aditya sailing into the western zonals.

The guest of honour Prof Raghuram the Dean of IIM Ahmedabad gave away the prizes and congratulated the teams.