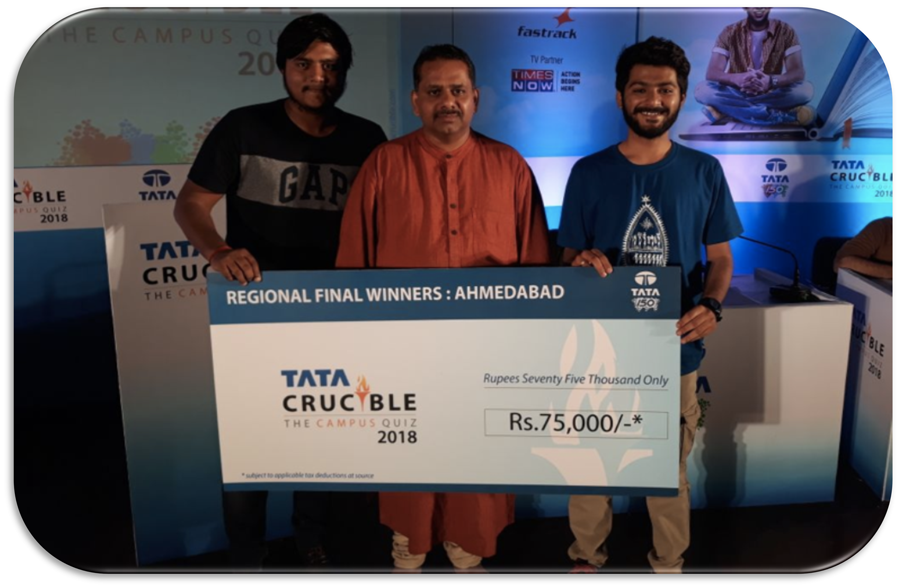 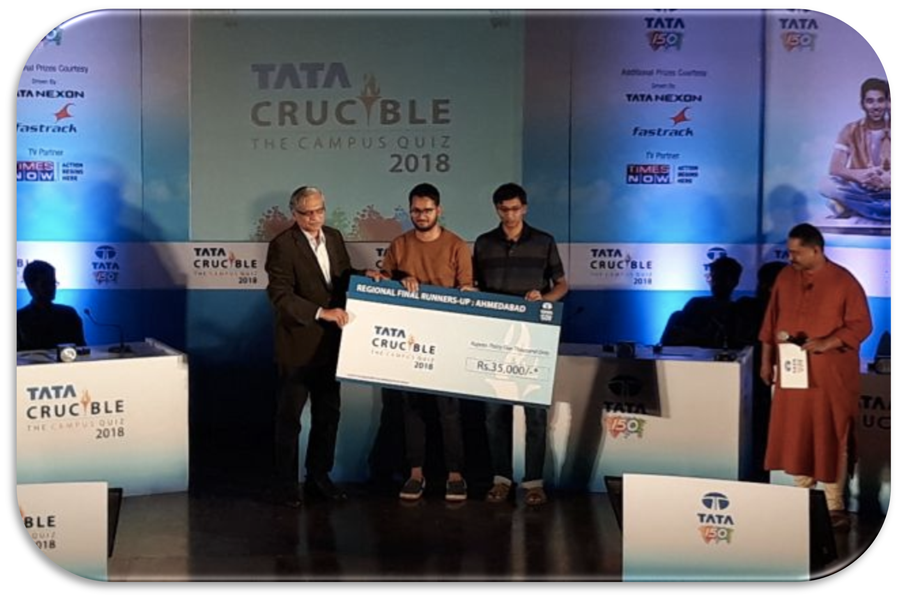 The bustling city of Ahmedabad looked even more busy as teams came in plentiful to battle for the city edition of Tata Crucible. As a city that has been on the Tata Crucible map since its inception, the questions seemed a trifle tougher than the other cities.

The final was an absolutely riveting battle with GNLU taking an early lead as the IIMs and IIT caught up very quickly. As the quiz progressed the GNLU duo kept moving ahead on their lead with good answers.

The quiz moved at a brisk pace and all teams were now scoring but after a couple of rounds the GNLU team had gone too far ahead of the others making it a battle for the second place. The teams from IIM and IIT were in the hunt but finally it was Ameen and Sree Nihit of IIM-A who got the better of their college mates Nilambari and Prithvi as also the IIT team.