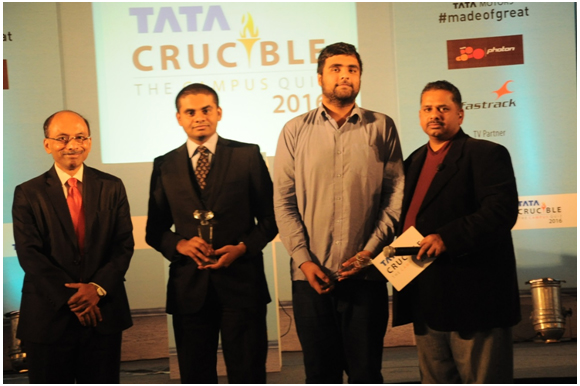 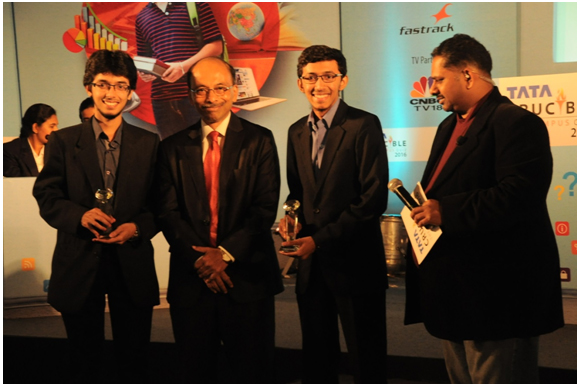 The first zonal for the 2016 edition of Tata Crucible was a tough event given the calibre of the teams that had won from across the southern region of India. The tension was visible on the faces of the nine city champions even before the quizmaster fired his first salvo.

The final was a thriller with the teams from PSG Coimbatore and NIT Calicut making early gains as IIT Madras and Osmania too caught up quickly. Every single question seemed so crucial as all nine teams were of high calibre and capable of making it to the national finale.

The quiz progressed with NIE Mysore cracking a good question but were not able to sustain the tempo. PSG Coimbatore and IIT Madras also lost out along the way while the NIT Calicut team kept making steady progress. At the end of the second segment they were leading the Osmania Medical College duo by a run.

The National Law School team from Bangalore joined the battle late but came up with a couple of good answers across the first half of the quiz, to set themselves up for a final assault. As the final over unfolded, they went for the kill and got a couple of big hits to move ahead of both NIT Calicut and Osmania. It was sheer self-belief and a never say die attitude that got them to win the quiz even after scoring their first run rather late in the day.

The aspiring doctors from Hyderabad too, in the meantime, got a good hit and moved ahead of NIT Calicut. As Pickbrain unveiled his final poser, the NIT Calicut team took a shot but could not make it past Osmania Medical who along with NLS Bangalore marched into the national finale.

The guest of honour was Mr. Ananta Krishnan, CTO, TCS who appreciated the teams and remarked wittily that he felt like a tennis player from the era of wooden rackets watching the modern generation on stage.