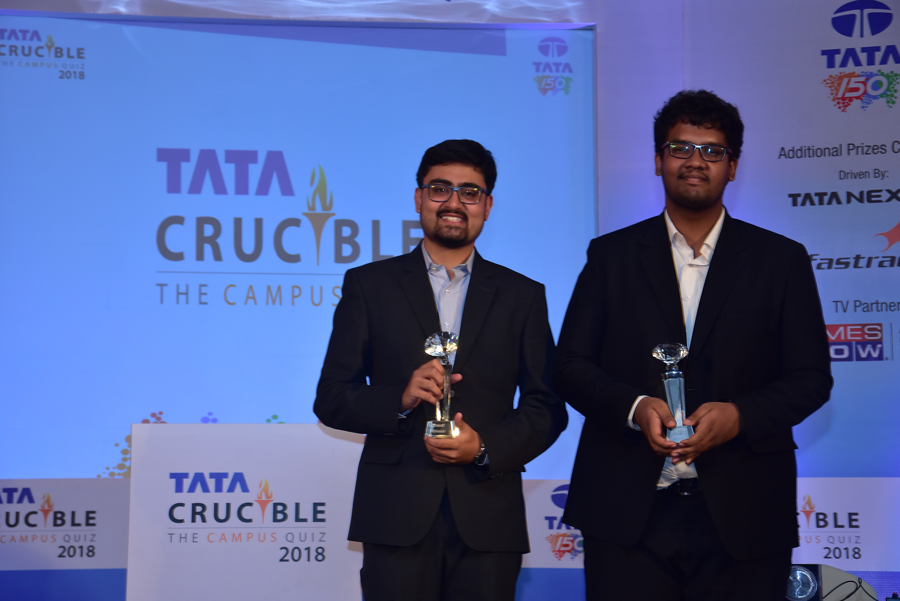 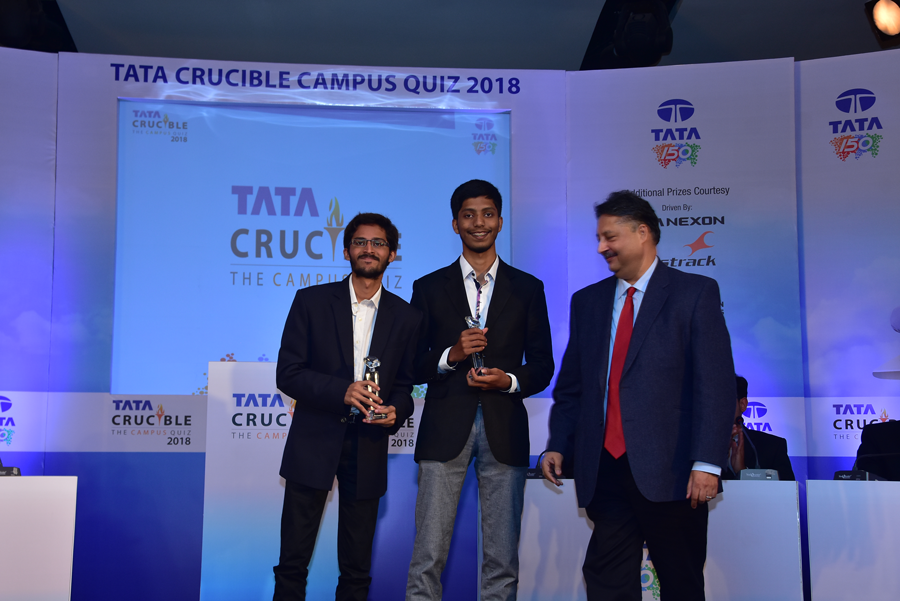 The Zone 5 final of Tata Crucible was a keenly contested final featuring veteran teams and a couple of teams making their debut in the zonal round. The tension was mounting and all eyes were on Pickbrain as he began the Zone 5 Finals with the top 7 champion teams from the region.

The pressure told on a lot of the teams as GNLU began the quiz with a negative. The other teams played it safe, going for their strengths with nobody in a clear cut lead in the initial round. As the quiz began to progress and the teams began to settle, GCET, Anand took a few calculated risks and played their TATA cards judiciously to lead the Finals, while the other teams then tried to catch up to them.

The team from GNLU could not get any momentum going, having good answers negated by losing points on other questions, while the teams from NLU, Jodhpur and NIT, Goa played a cautious game, only going for the buzzer when they were sure of the answer. With one question left to go, it was evident that GCET would emerge as the Zonal winners, but the second spot from the zone was still up for grabs between NLU and NIT. In the end, the NLU team’s risk at the tie breaker did not pay off and NIT, Goa now head to the National Finals for 2018.

Commenting on a great afternoon for Knowledge, the chief guest, Mr. Srinath, MD, Tata Teleservices praised the teams for showcasing the importance of hard work and preparation and commented on how the youth of the country was capitalizing on such opportunities to learn valuable life lessons.