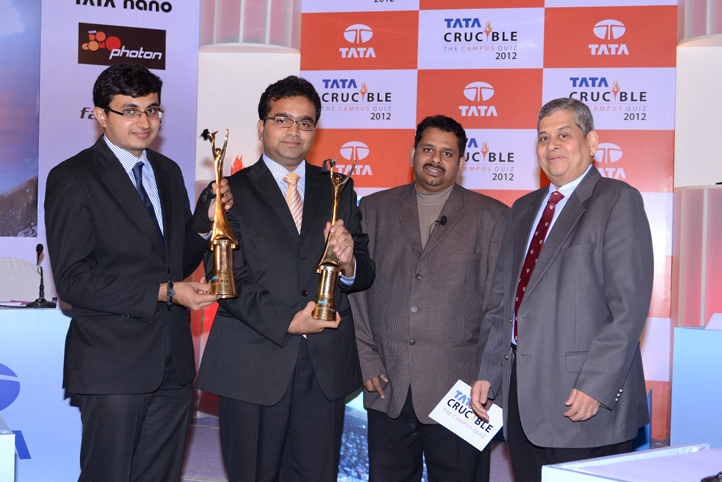 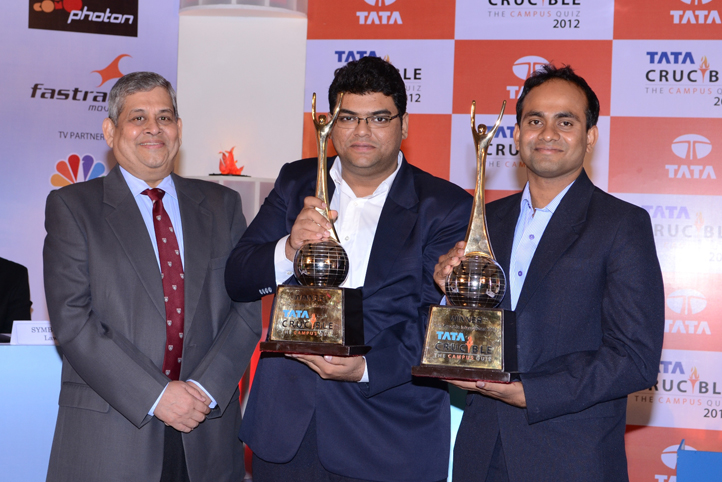 Exhilarating, Entertaining and Engaging would perhaps be apt adjectives to describe the National and International finals of Tata Crucible Campus Quiz 2012. A packed banquet hall at the Taj welcomed all the quiz enthusiasts as Pickbrain commenced proceedings and set a brisk pace with the national semi finals. The following eight teams made it to the India final after a pitched battle.

The India finalists were…

A fast paced final saw teams battle hard through the first few rounds. As the quiz reached the mid way stage, it was apparent that it would be close with IPE leading by a whisker only to be followed closely by Symbiosis, IIM Indore, St.Xaviers and IT-BHU. The buzzers came into force soon and the equations began to shift with IPE still in the lead but IT-BHU and Symbiosis closing in on them. In the final round a negative knocked IT-BHU back while a 15 point cracker by Symbiosis got them on par with IPE to force a dramatic tie breaker. The tie breaker was very interesting with both teams either getting it right or wrong till Symbiosis broke through to win the national title.

A quick break for tea and the stage was set for the international final of the quiz with the top two teams from Singapore and London joining the winner and runner from India. The lineup was impressive:

The international final was a fantastic display of the coming together of three different nations bound by one single passion – knowledge. The quiz was fast paced with loads of humour both from the teams and the host as they enjoyed every moment of the finale. At the end of the day, ESCP after a valiant battle had to settle for a credible third while IPE and Symbiosis seemed locked for another tie breaker but this time around the duo for Hyderabad left nothing to chance as they clinically ascended the international throne.

Mr.Kishore Chaukar, MD Tata Industries, the guest of honour, described the talented youngsters as “the future suns of this world” with reference to the new horizons that will emerge.