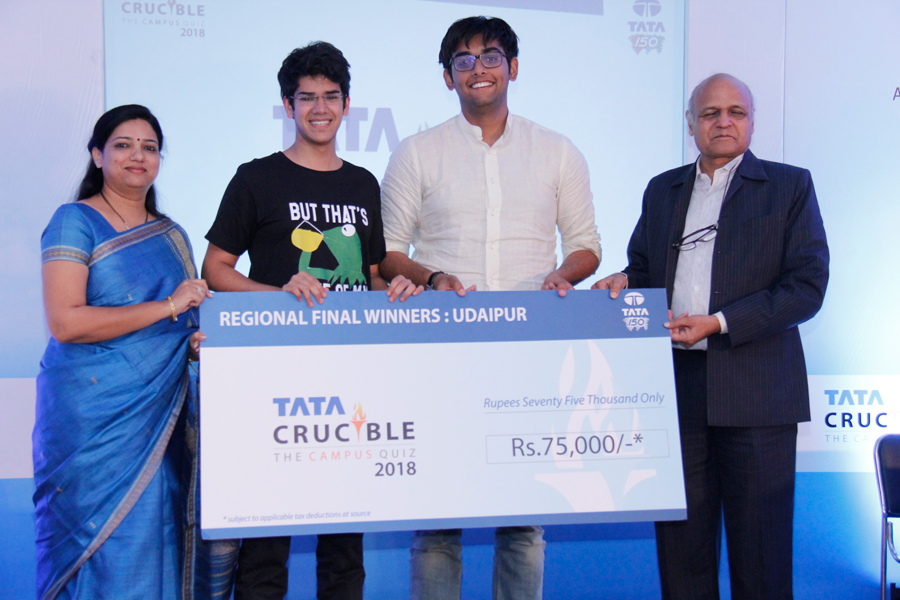 The city of Udaipur turned out yet again in large numbers, this time close to 600 contestants. It forced the organisers to host two simultaneous prelims hosted by Pickbrain and Ms. Rashmi Furtado. They both presented a 20-question prelim from which the following six teams made it to the final.

The finale started with Pickbrain explaining the rules and format before unravelling his questions. The NLU duo seemed well prepared as they powered their way to a lead with repeated strikes on the buzzer. Very soon, AIIMS and IIM were also in the fray and the contest became like a â€˜T-20â€™ match as Pickbrain put it.

NLU took their chances and kept themselves ahead of the rest to clinch another title. AIIMS played a mature game to finish runner-up while the IIM duo finished a close third behind them. The audience won a lot of goodies as always.

The guest of honour Prof. B. P. Sharma, President, PAHER University, Udaipur gave away the prizes while Prof. Mahima Birla, Provost, Paher University appreciated the teams on a lovely afternoon of collective learning.