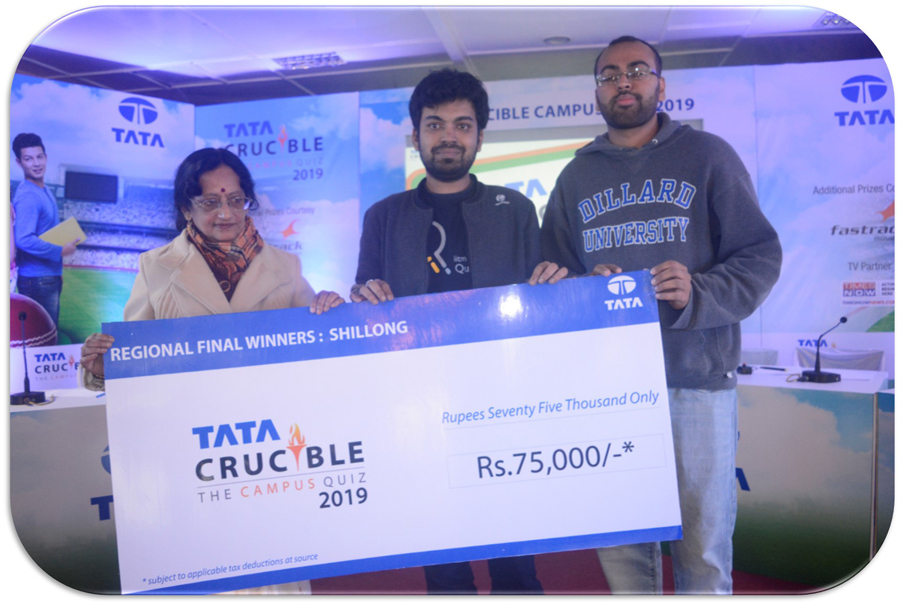 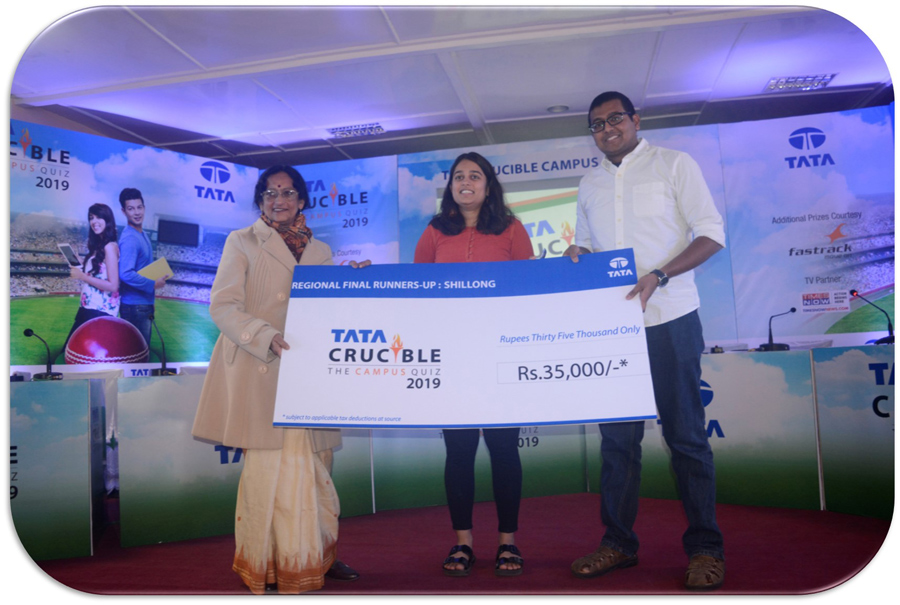 Match 16 of the Tata Crucible Campus Quiz for 2019, was held in perfect English conditions at Shillong. The ball sure did swing a lot in the prelim as Ms. Rashmi Furtado held back her clues craftily to allow the teams to deduce the answers. The teams that made it to the super over were.

In the super over the noted quizmaster, Pickbrain also kept the ball swaying as teams searched for answers. Three teams from the IIM’s made it after they took all the six slots in the super over.

The final witnessed a quick start by the IIM team of Sabreesh and Rushabh as they went past the ten-run mark in the first over of the game. As the over progressed they played a slow game, while the team of Arjun and Itika did well to get some good hits and get runs on board. The other IIM team that caught up soon was that of Shubham and Subhabratha.

The NIT team was good in bursts and were in the hunt till the final over but chose to let go in the final over. The team of Sabreesh and Rushabh, in the meantime, moved from strength to strength and were comfortably placed to win the game, which they did.

The two IIM teams were now locked in a tie, simply because they had both played very low scores, even on the questions they got right, resulting in them not able to give the winner a run for the money. In a tiebreaker that followed Arjun and Itika won the runner up title.

The chief guest, Prof. Keya Sengupta, Director In-charge, IIM Shillong, appreciated the initiative and wished for it keeps coming back each year while advising the teams to learn both within and outside the classrooms.