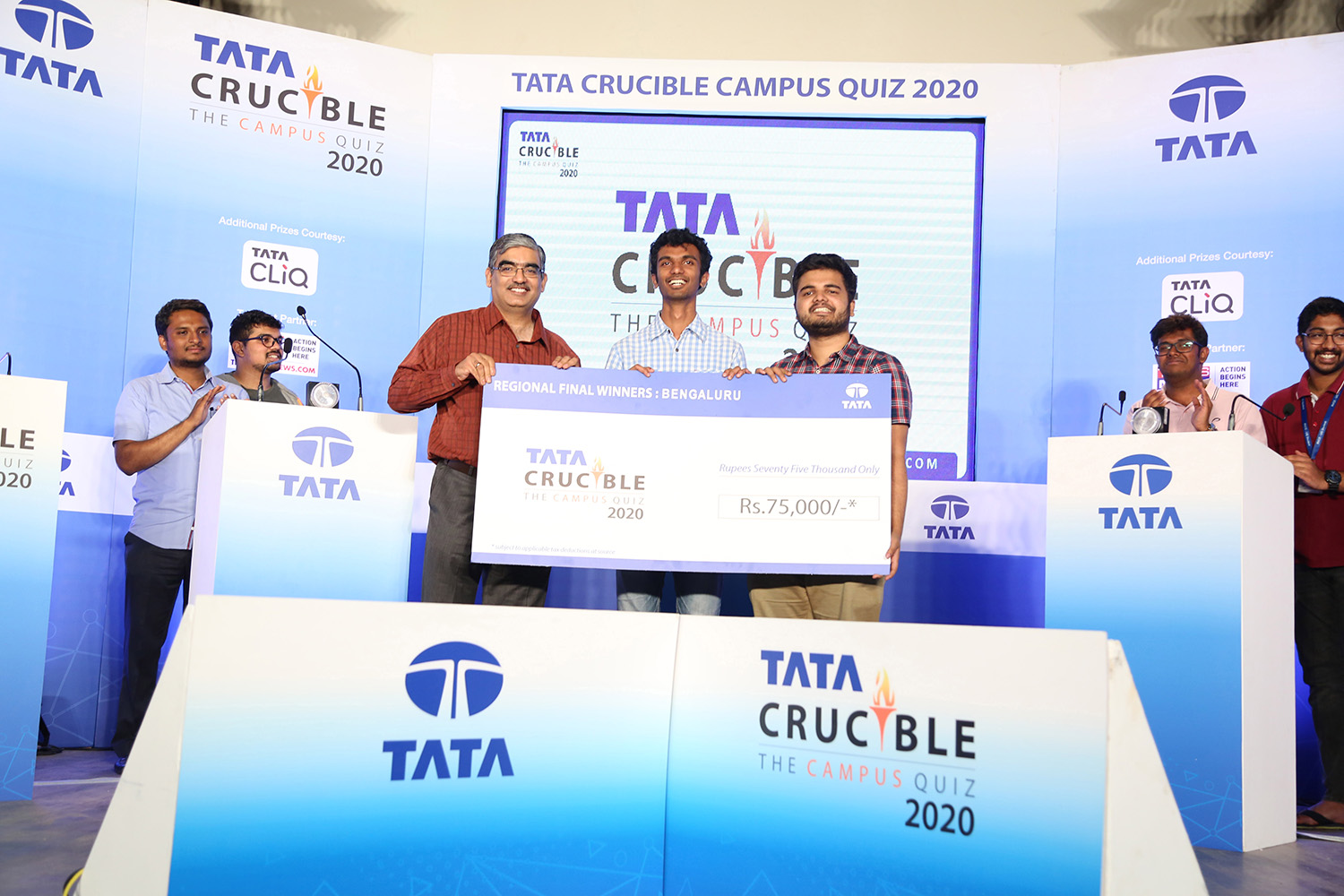 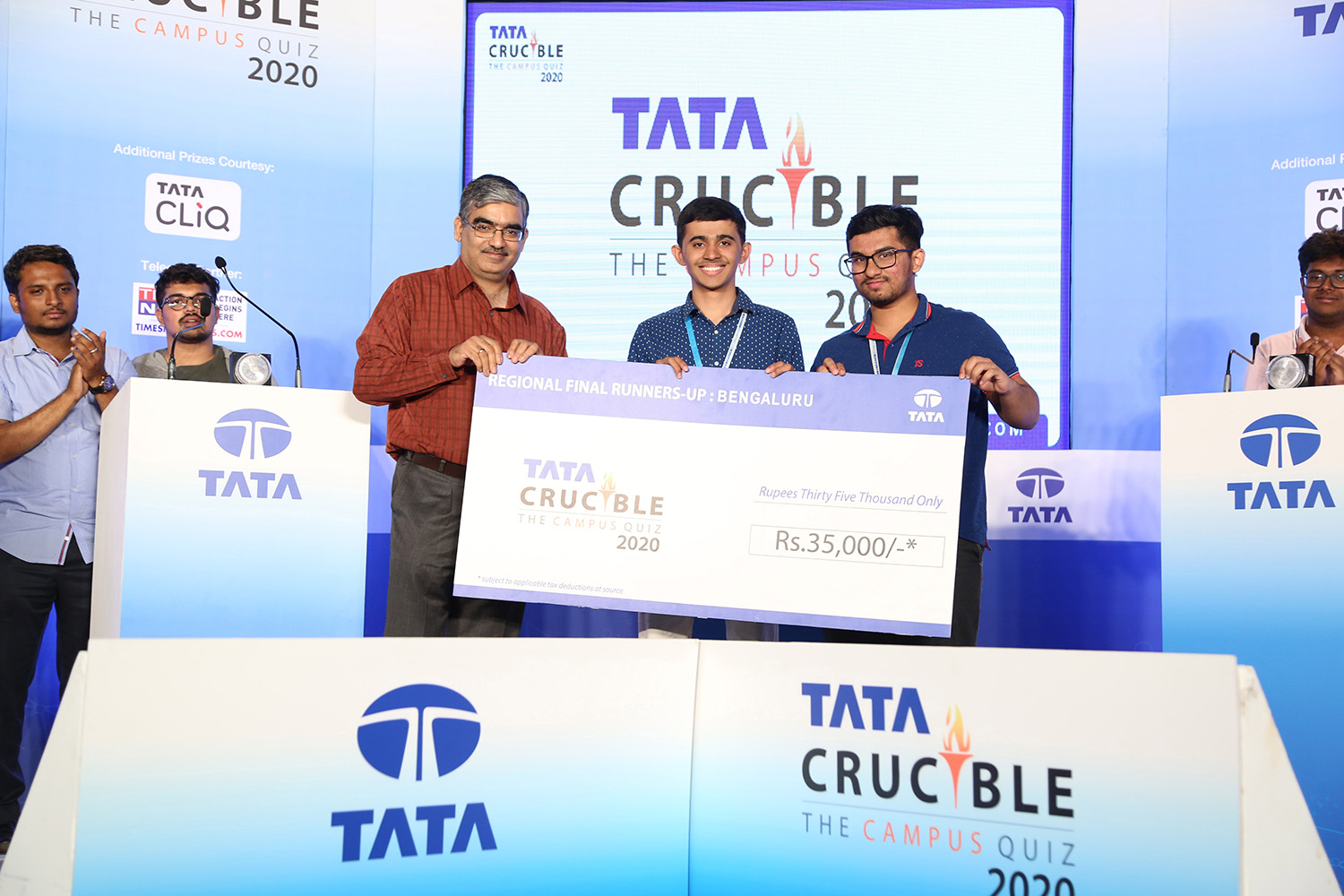 Close to 500 people were part of the Bangalore edition of Tata Crucible for campuses. Quiz host and a favourite with the Bangalore crowds, Ms. Rashmi Furtado dished out a tough prelim that forced the teams to think and think hard. The teams that made it to the subsequent rounds were as follows.

The final begins with noted quizmaster Pickbrain taking charge. He set a brisk pace and the questions measured up to the level of difficulty the prelim had set. It was Akhil and Preetham from PES University who started scoring early on and went into a good lead. As the quiz progressed all the other teams tried to make headway but could not achieve much.

A very young team of Sucheth and Chandrachud from PES University did well to get ahead of the rest of the teams. They did make valiant attempts to challenge their seniors from PES, but the former was too solid and strong for any challenge. The youngsters were prudent not to do anything silly and play out the quiz to win the runner-up title.

Akhil and Preetham who emerged champions had won the quiz 2 years ago and lost on the final question a year ago. The victory certainly came as a relief to them as they aspire to move ahead towards the nationals, yet again this year.

The chief guest Mr. Manoj Raghavan MD and CEO Tata Elxsi spoken how information management is key in a knowledge economy, and that quizzing is a good sport to hone that skill.