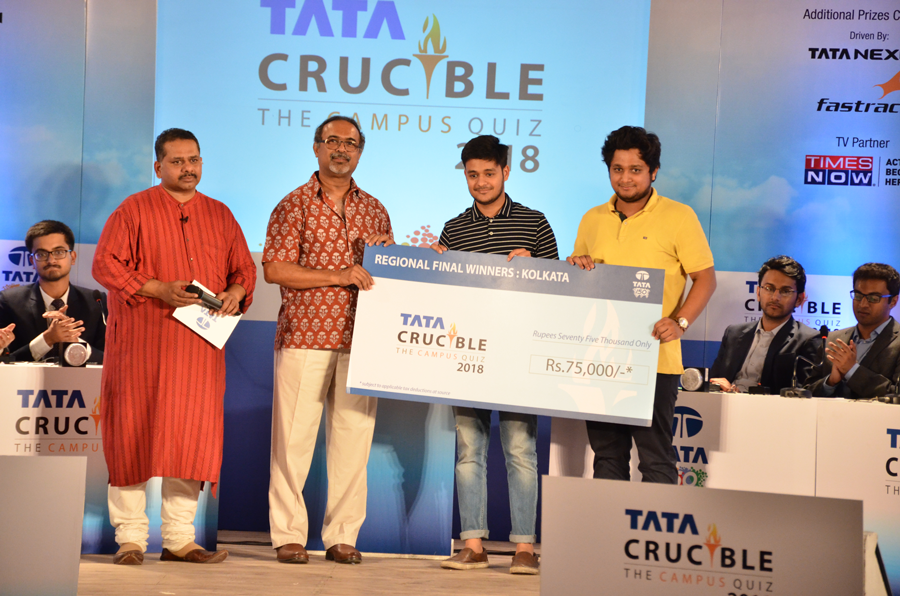 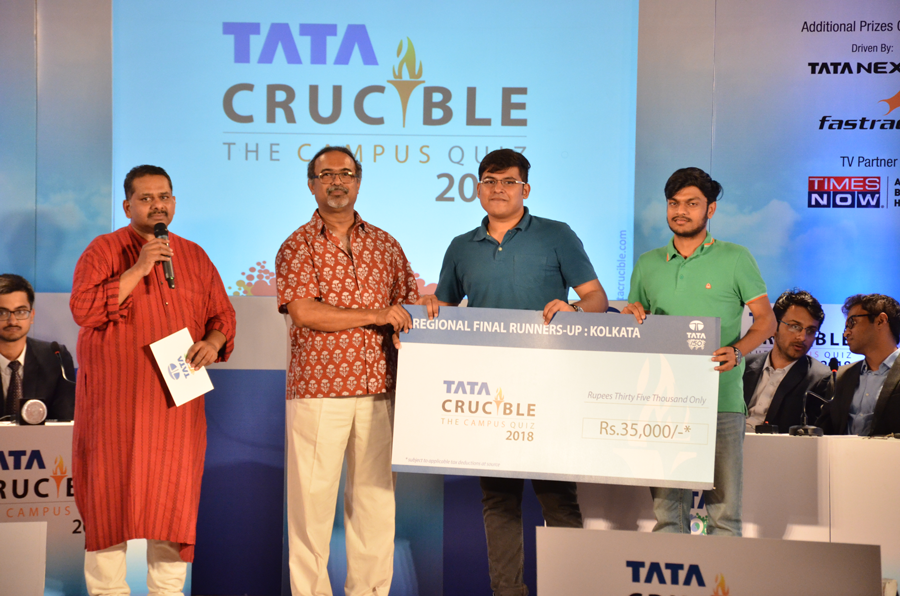 The Jadavpur University campus was abuzz in anticipation of the final city edition of Tata Crucible. A quick set of rules and India’s only professional lady quiz host Rashmi Furtado was underway in a very business-like fashion. She dished out a prelim that was very balanced, covering a wide gamut of topics, peppered with questions from the region that forced the teams to think. Her quick wit and helpful clues were appreciated. The six that made it to the final were:

The final was a wonderful experience for the entire audience. With Pickbrain in command the teams were all into it early with scores reflecting a tight battle. The team from ICAI though were in deep trouble taking negatives and at the bottom with a score of minus 250 ‘crubits’.

While the other teams played a steady game and within themselves, not taking too many higher score choices, the ICAI duo took their chances answering at a brisk pace. It helped them recover from the negatives and make a huge comeback. They continued in the same manner to finish as champions, yet again, having won the Kolkata edition a year ago. The duo of Soumya and Utkarsh got the better of the other teams to clinch the runner up title.

The champs moved to the Eastern zonal dubbed by Pickbrain as the ‘zone of death’ at a Tata Crucible. The guest of honour was the Mr. Abraham Stephanos, MD, TSPDL, who appreciated the teams for their display of knowledge and urged them to aim higher.