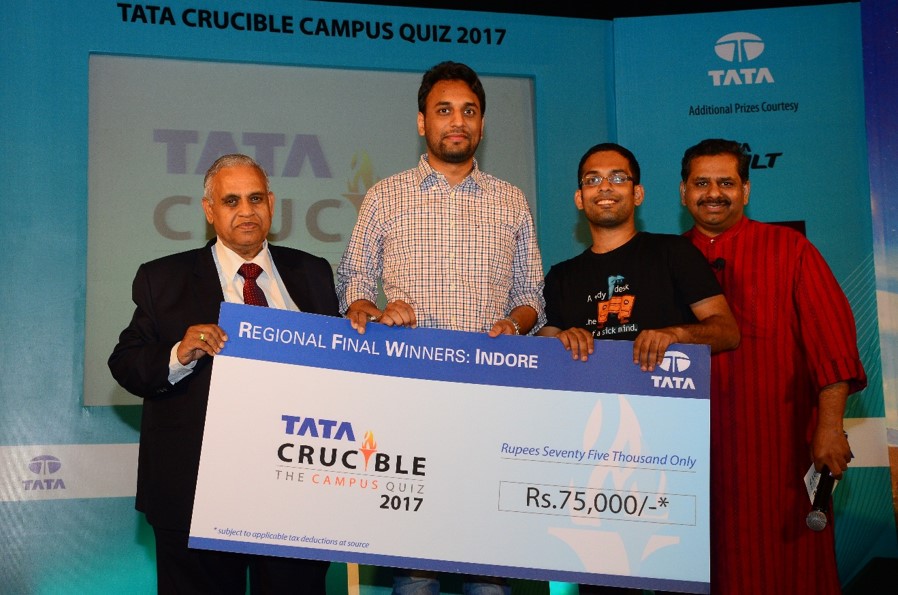 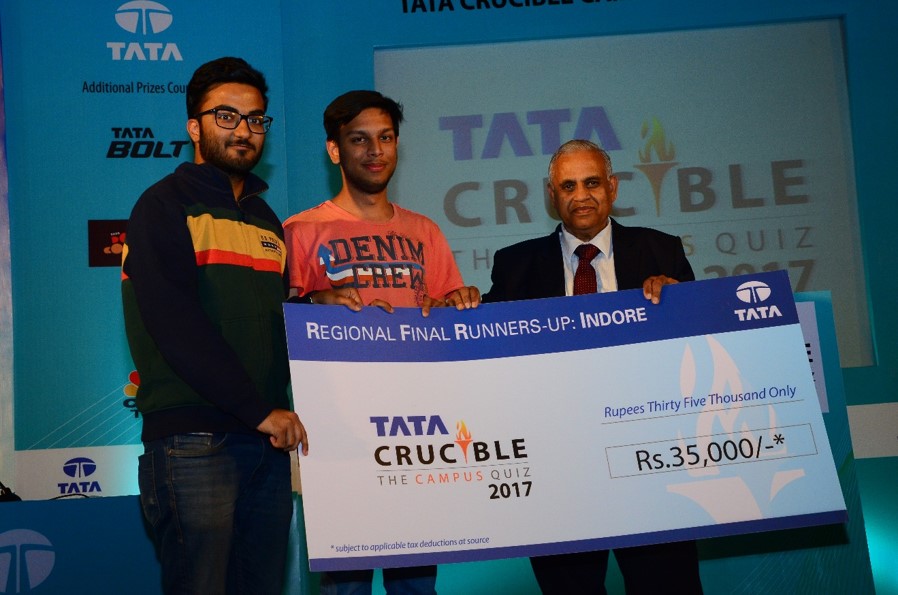 The city of Indore drew teams from Bhopal and other locations, over 600 students making it one of the biggest cities for the event. The prelim was not too difficult as teams scored well. The final six were:

The final was dominated by Avijeet and Leo of IIM from the word go. They went about in a fashion that no team really got even a toe-hold to challenge them. They simply moved from one round to the other scoring at will.

The battle for the second place was a tight one with teams realising they did not have a chance to chase down Leo and Avijeet. It went down to the final few questions where IMS faltered and the IIM team with Arjun and Chandra playing sensible to win the runner up title.

The guest of honour, was Dr. Narendra Kumar Dhakad, Vice Chancellor, DAVV University advised the teams to prepare well for the competitive world they were part of.