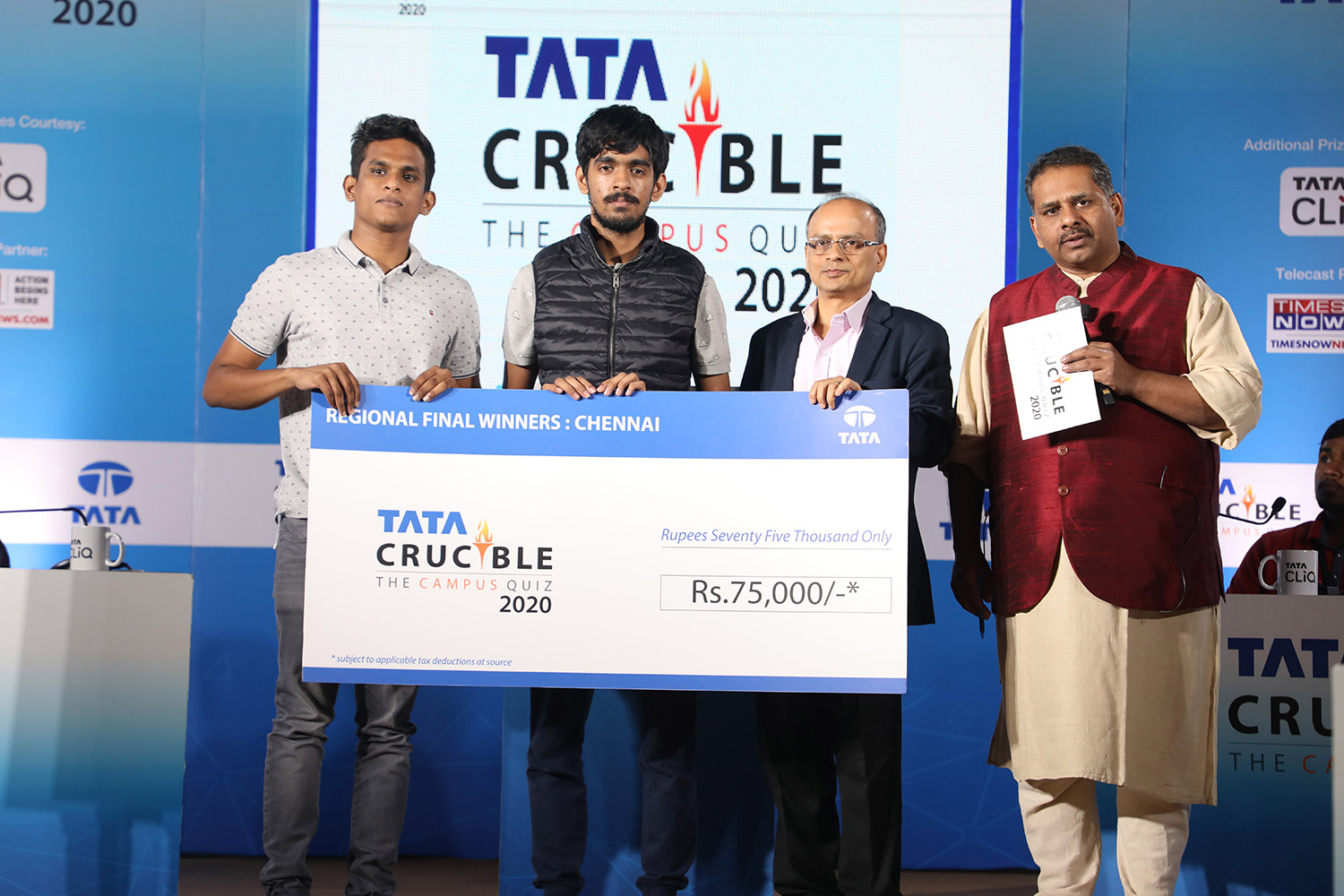 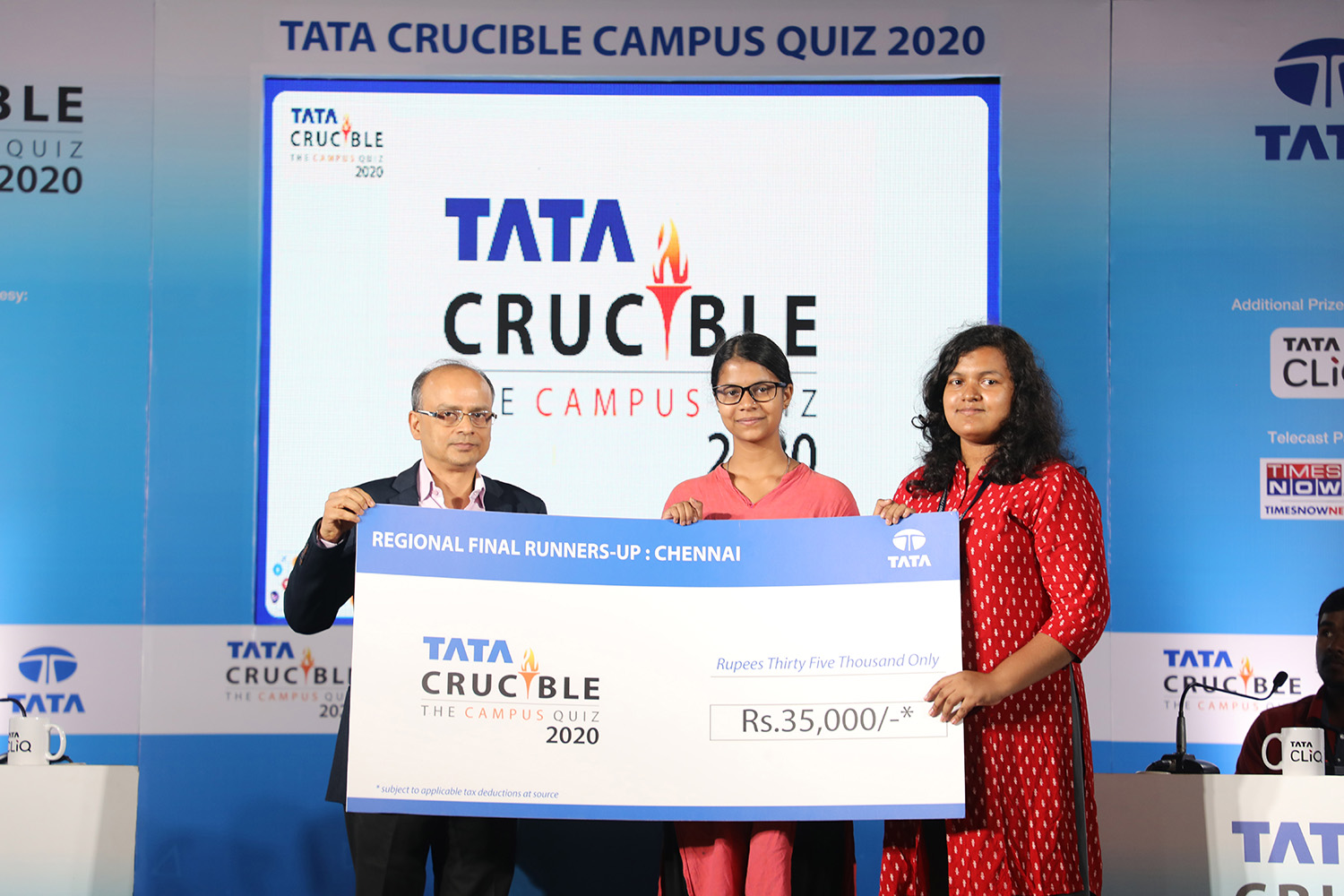 Over 1900 students gathered at the iconic Music Academy at Chennai, to create a record for participation in the Tata crucible campus quiz for 2020. Ms. Rashmi Furtado managed the huge crowd with her engaging questions and encouraging style, to arrive at the following teams that progressed in the quiz.

The final was dominated by IIT Madras, represented by Pranav and Rahul, from the word go. Having won the quiz a year ago they seemed determined to retain the title. Their speed of response was something no other team could match. They ended the quiz with a stupendous score of 500 without taking a single negative.

The battle for the runner-up spot seemed quite interesting in the early stages of the quiz as multiple teams scored. However, during the latter half of the quiz, the all-girls team from Ethiraj College with Smrithi and Aarthi put some brilliant answers to secure the runner-up title.

The chief guest Mr. Suresh Raman, regional head Tata Consultancy Services Chennai, advised students to make use of learning platforms such as these and also to leverage the advantage that they were from a progressive city like Chennai.