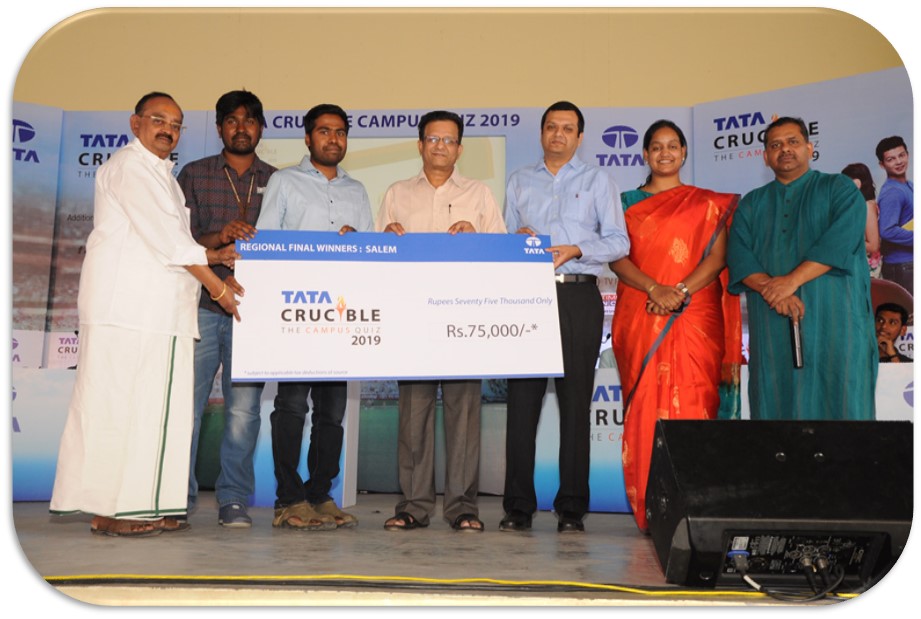 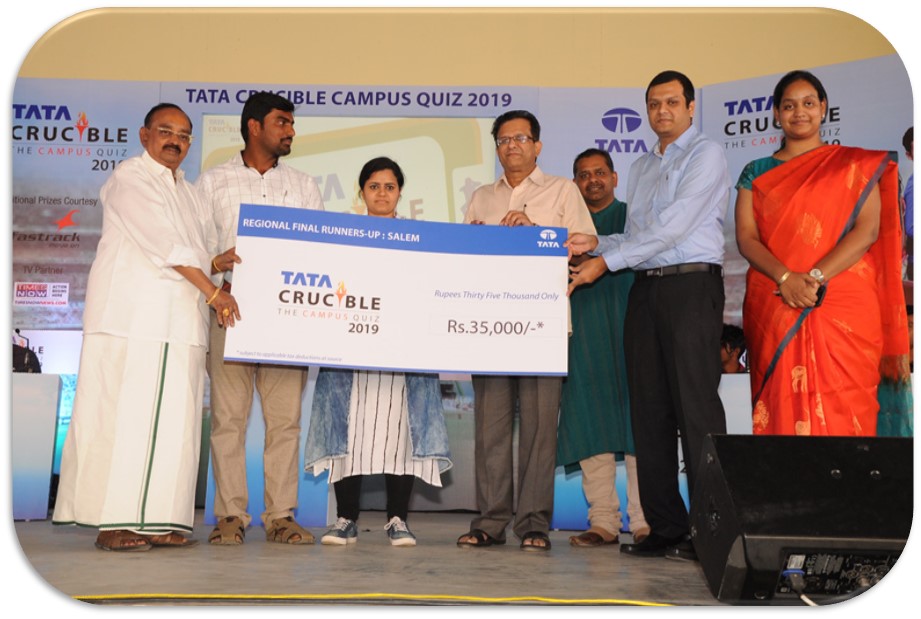 RUNNER UP : Sona School of Management

The first match of the 2019 campus edition of Tata Crucible got underway at Salem at the sprawling campus of NSIT. The true winners were probably all the girls who took part in large numbers, created a super-over record and impressed everyone, with one of them finishing runner up. The match kicked off with over 230 teams, in the fray, the prelim as always was tense, leading to the super over. Promoting women in quizzing, the prelim was aptly anchored by Ms. Rashmi Furtado, who enthralled the audience with her wit.

In the super over the legendary quizmaster Pickbrain took over and the round saw girls dominate with just two boys, on stage. It was wonderful to every team on stage with a girl in the team, quipped Pickbrain. Two teams from Sona School of Management moved into the final.

The final saw some teams accumulate the runs carefully while others went for the big sixes, in a sporty format that allowed teams to make their own decisions on the score they chose to play an answer at. The pace of the match was well controlled by Pickbrain as he egged the teams along.

The team of Srikanth and Badhri seemed in control of the game from the start mixing their hits with sixes, fours and couple of three to even out their risk. That helped them win the game while the management students from Sona battled for the second place with a very evenly fought game ending with the final balls of the match. The duo of Ms. Kruthika and Kirupagaran got the better of the others and clinched the runner-up title.

The guest of honour Mr. Nitish, Chairman NSIT, spoke of the rise of Salem as a city in the education domain and said, “If a large group like the Tata’s have decided to bring a Tata Crucible here since the last three years, it reflects how good the talent here is and how we perform outside Salem”. He urged the youngsters to make the best of these opportunities to rise taller in their careers and future. Noted educationalist Mr. Prabhakaran and members of the college board were present among other dignitaries and faculty of participating colleges.