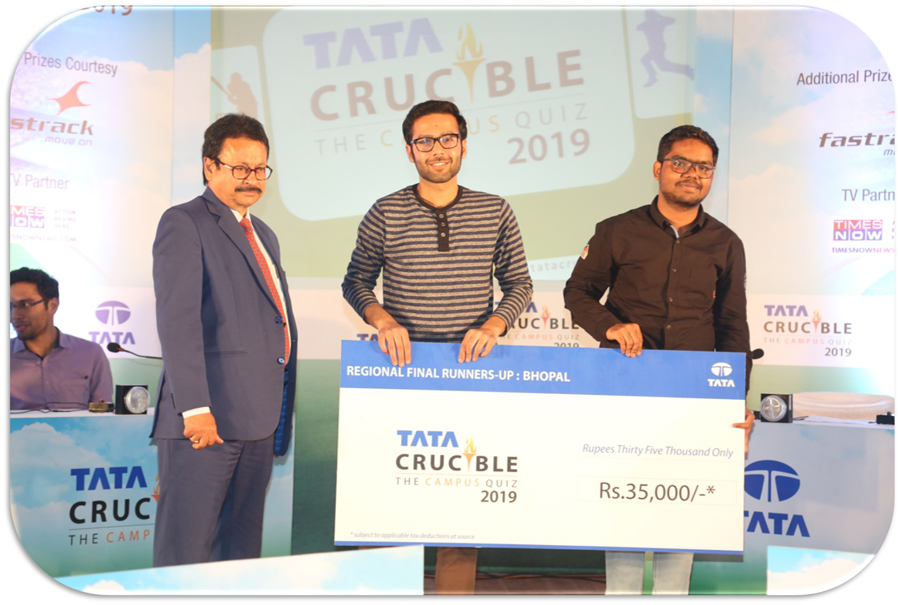 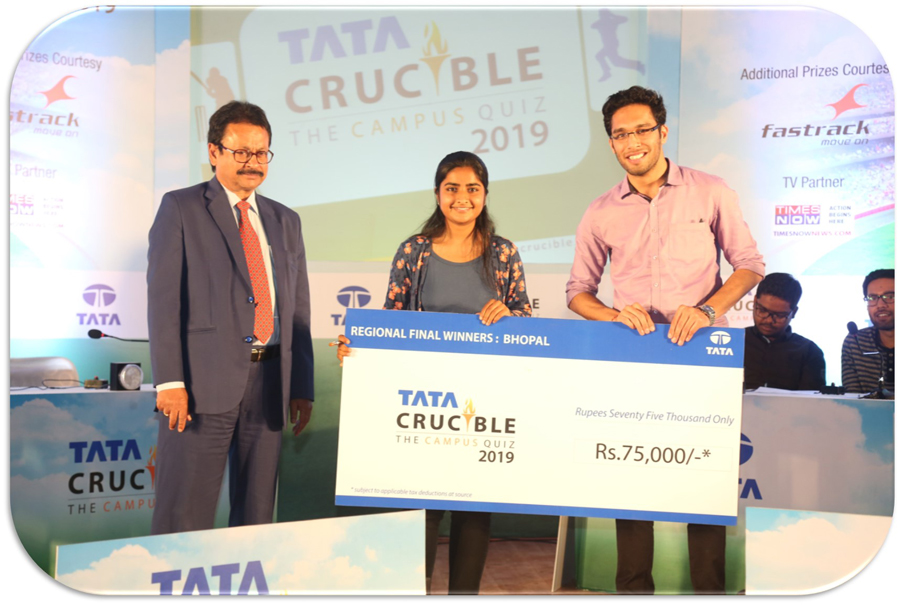 Match eight of the 2019 Tata Crucible for campuses was a debut city for the quiz at Bhopal. The city along with Trivandrum were the two new additions for the year. The teams at the venue were all excited to be part of the event. The sight of the hosts Ms. Rashmi and Pickbrain created a buzz as participants were keen to have their selfies with the hosts. The prelim led to the super over.

In the super over the teams battled to get into the final. The team from Jabalpur and the duo from IISER made the cut to join their college mates in the finale.

The final was a riveting fare for a first-time city with Dhwani and Amar on fire hitting sixes early on. The duo of Manish and Rounak also joined the race with their big hits while the team from IISER with Ashwin and Rishikesh did well but missed out by not choosing to play at higher values.

The team of Dhwani and Amar went from strength to strength not giving any other team even a close chance as they emerged the first champions of Bhopal. The Jabalpur team of Manish and Rounak did well to finish runner-up.

The guest of honour Dr. R.J.Rao, Vice Chancellor, Barkatullah University appreciated the students for knowing so much and for being savvy with world knowledge. The corporate champion of Tata Crucible from BHEL Bhopal, Mr. Vivek Pathak was also present and was thronged by eager students of the city who wanted him to host shows at their college.