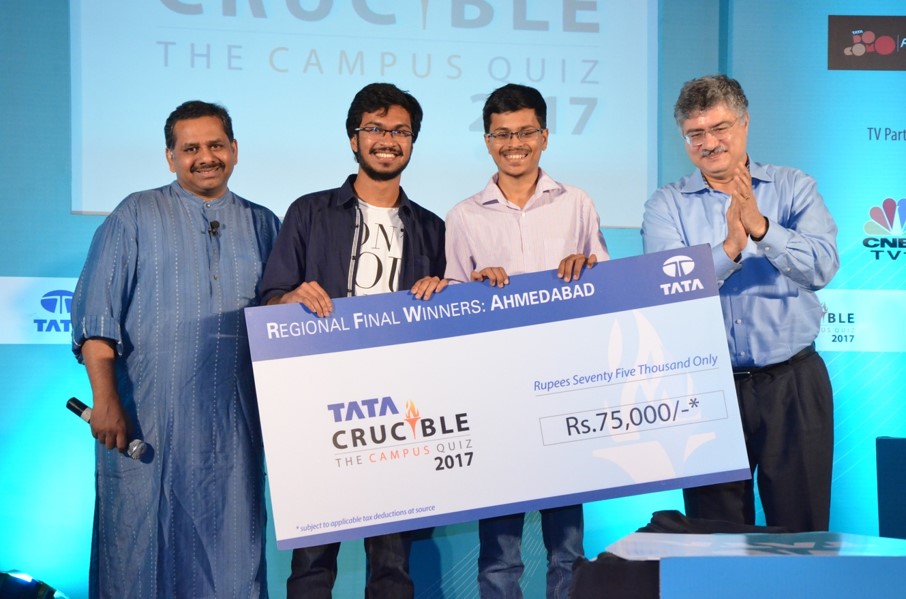 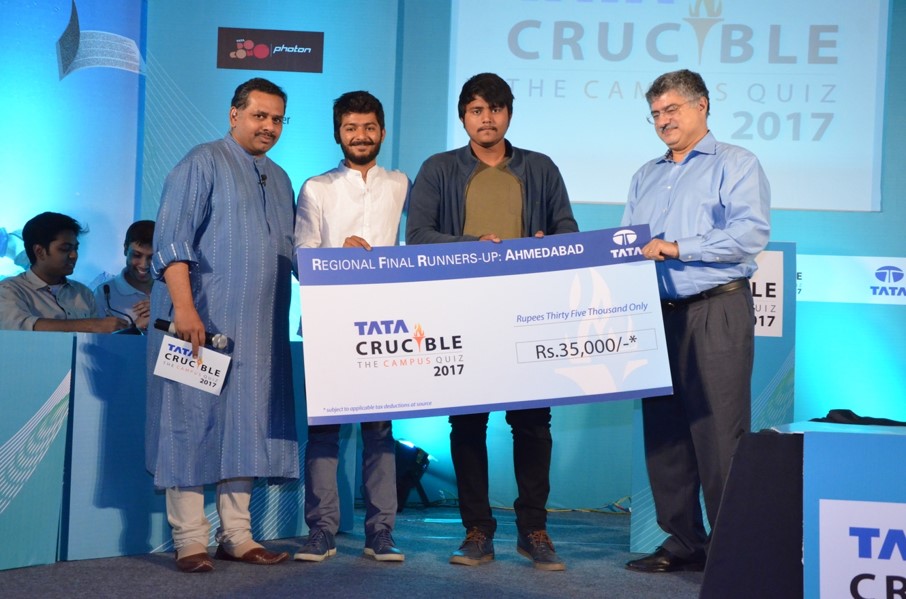 â€œThis is a city where you sometimes feel you have possibly spotted your next national champion.â€ thundered quizmaster Pickbrain as he spoke of the importance of Ahmedabad in the Crucible landscape. After a tricky prelim the following six made it to the final.

The final was an extremely tense and close contest. All teams did well early on but as the quiz progressed the battle narrowed itself down to three teams. The teams from IIM-A with Shobhit and Biton, LDCE with Shrey and Vyom and the law aspirants from GNLU kept at it question after question backing it with good strategies as well.

It all went down to the final three posers after an hour of high intensity quizzing. Holding their nerves and backing themselves were the LDCE duo and GNLU as IIM-A missed out with one simple error that proved too costly. In a tie breaker for the top spot the aspiring engineers got the better of the lawyers to move into the next phase of the game.

The guest of honour, Prof. Ashish Nanda, Director, IIM Ahmedabad, appreciated all the teams including those in the audience for a great evening and advised them enjoy knowledge a little more with a witty line â€˜you can smile more oftenâ€™.