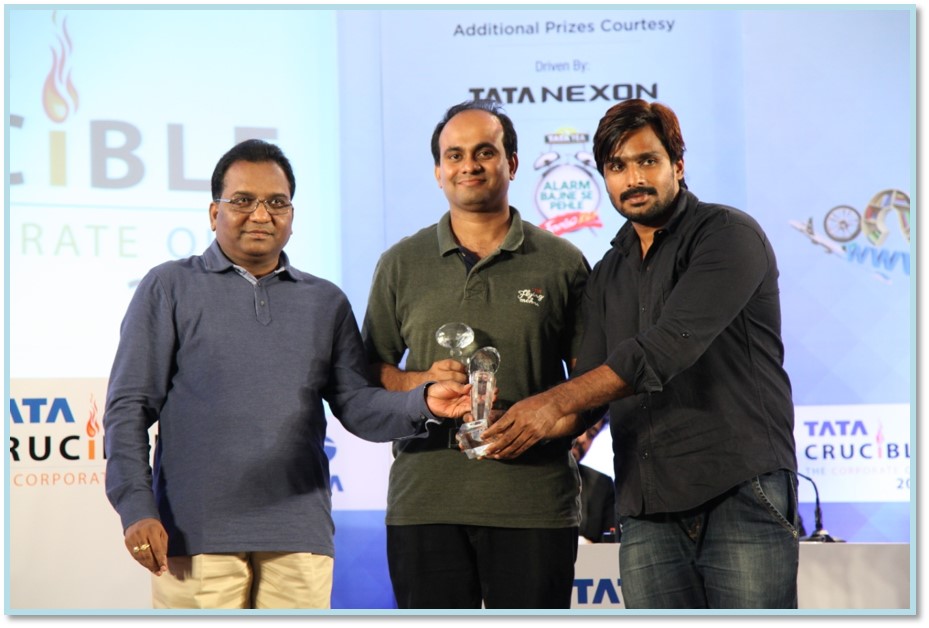 It was the first of the zonals for the year and it had all the excitement that was required to set the stage for the quiz as it moves slowly to a national final.

The final was absorbing from the word go. The duo from TCS started well to get ahead, early on. Soon enough the teams from Chennai Silks, Nexus and Sai Mitra were also in the fray getting scores on board.

The young team of Kraft Labs, took some brave chances, a few that misfired but did get them off the block. The quiz went forward like a marathon with almost all teams running in a huddle. The final round was tense as Sai Mitra had emerged into the lead and TCS was behind them, but Nexus and Chennai Silks had a very good chance to make it to the National Finals.

In the final moments of the quiz, playing a bonus, the Bangalore team missed out, while TCS played craftily to do nothing silly and just held out for second place behind Sai Mitra, making it to the final with them.

Mr.Rajanna, the Regional Head of TCS, appreciated the fact that the zonal was held in Hyderabad and made a witty observation that he was most happy with Sai Mitra the Hyderabad team and TCS his company, in the nationals.