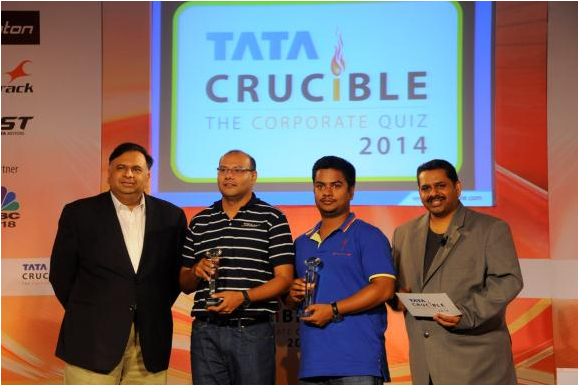 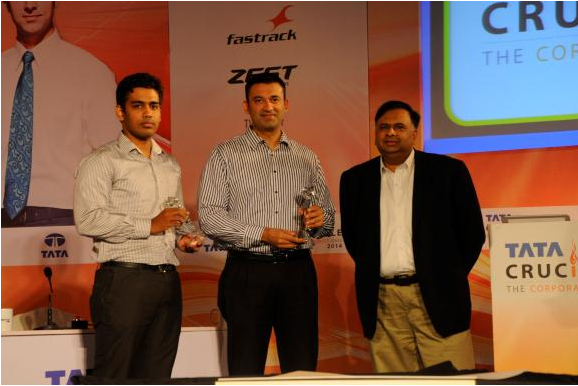 Six top teams from across northern India battled in the first zonal finale of the year at Delhi. The teams now familiar with the format only had to measure up to the new level they were part of. A novel addition with a series of questions from Mr.Harish Bhat of Tata Sons an avid quizzer and former runner-up of this very quiz coming from the ‘Corner Office’ kept the teams on their toes.

The battle began with Genpact off to a quick start followed by Reckitt Benckiser and Maurya Learning. As the questions were fired at a rapid pace, the teams played the game with a mix of aggression and caution.

As the combat progressed, the Reckitt Benckiser duo got ahead of Genpact even as both teams did not falter even once. Maurya Learning on the other hand missed a few and that knocked them back to point of no recovery.

In the meantime, with a couple of impressive answers the IAS officers from Lucknow were surging forward and seemed to have the X factor to pull off a thrilling win. However, their lack of speed to push the buzzer cost them a few crucial points to questions that they evidently knew answers to, resulting in Reckitt Benckiser and Genpact qualifying into the national finals.

The guest of honour Mr.Ajay Goel, CEO Tata Power Solar, appreciated the teams for a fantastic display of knowledge power and wished them well for the national finale.