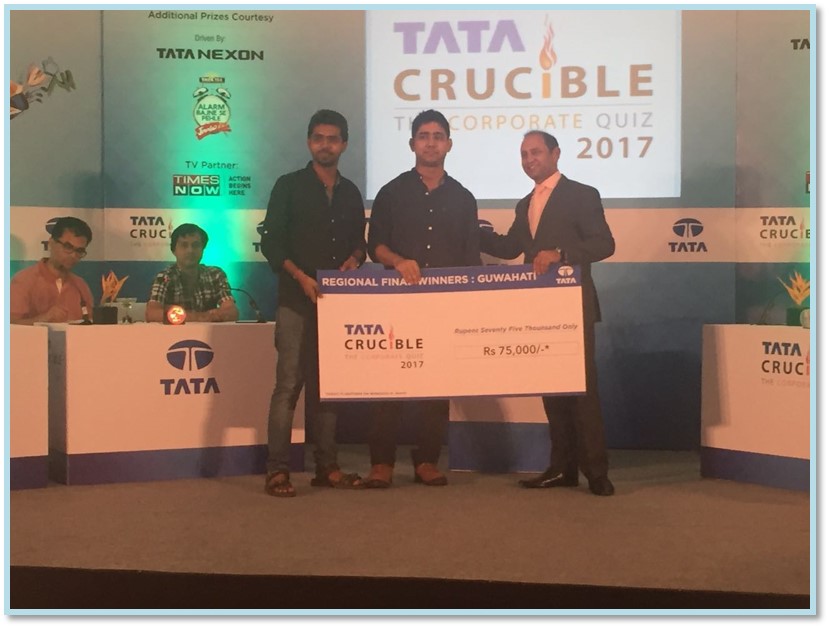 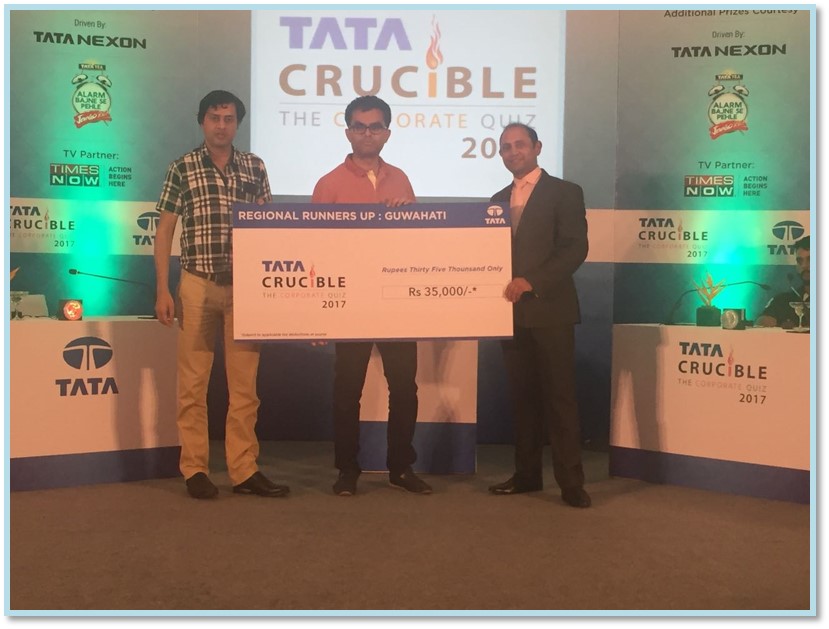 The beautiful city of Guwahati witnessed an evening that quizmaster Pickbrain aptly summarised as the moment when the old order changes, yielding place to the new. Earlier in the day, a tough prelim saw the following six teams make it to the finale.

The final after the initial few questions was a head to head battle between the young Serapis team who were making their corporate quiz debut and the seasoned three-time champion, Guwahati High Court.

The battle was tense and went right into the final round. The young team played a very mature game and scored doubles wherever they were sure to not miss out. Having put up a score well over 1000, played a wait and watch game with prudence while the lawyers decided to give it their all, cracking question after question to keep the battle alive till the very end. In all fairness, it would be one of the best quizzes for the lawyers though they had to settle for the runner up title.

For the Serapis duo, this was a huge moment and a great launch to their corporate quizzing career, having just passed out of their campuses a few months ago.

The guest of honour Mr. Krishan Agarwal, GM, Taj Guwahati, underlined the amazing performance to a fast-changing Guwahati city, powered on by young sharp minds and new talent coming out of the campuses into the work force.