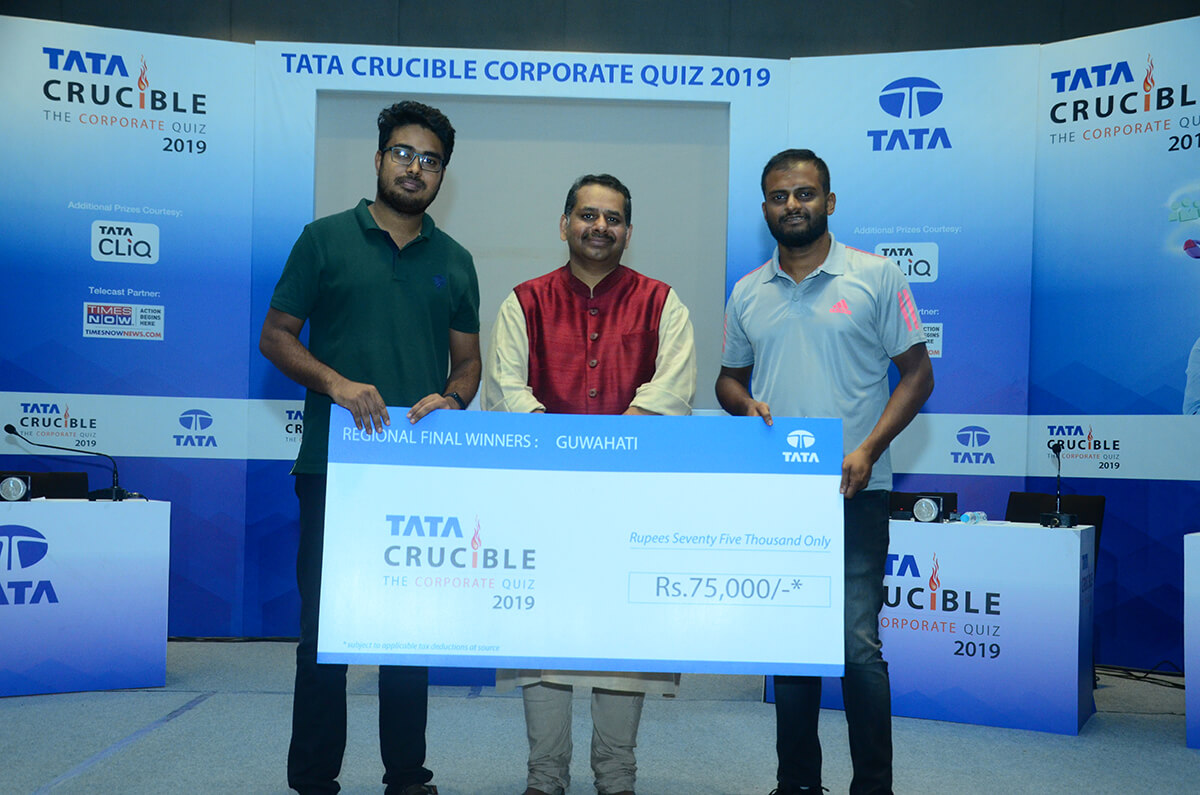 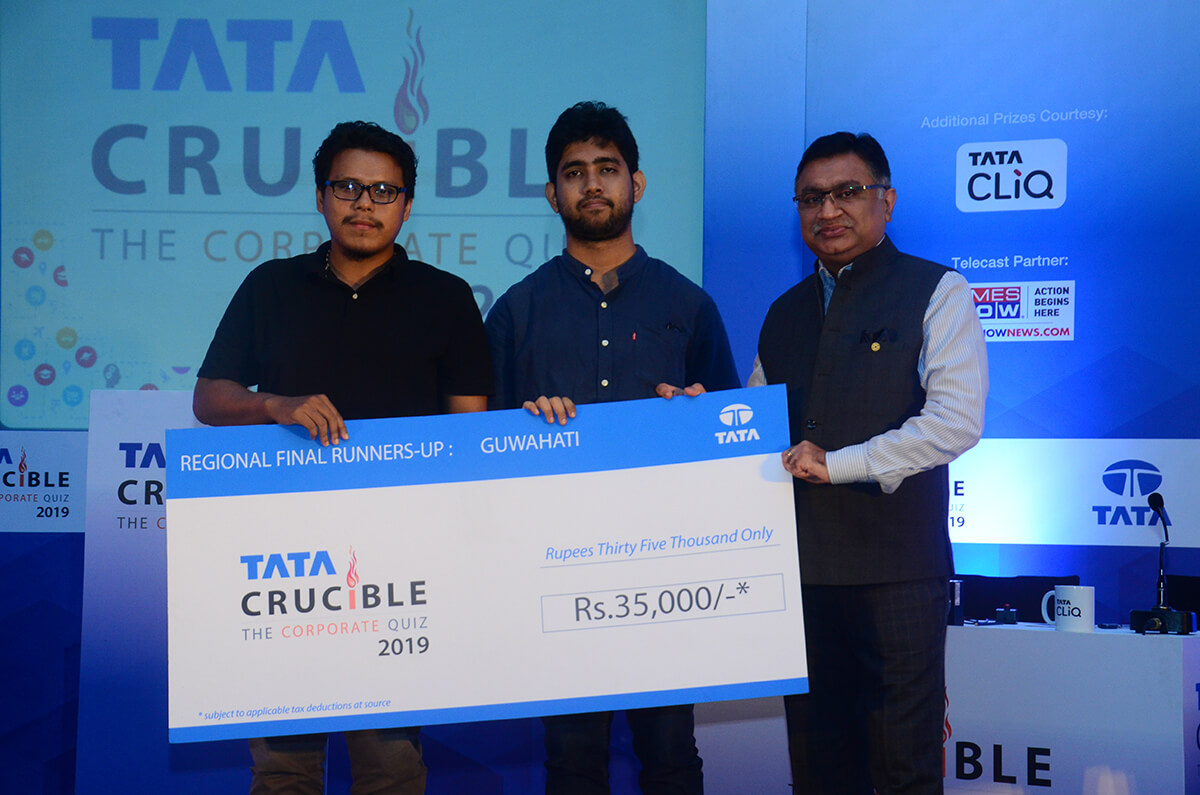 The stage was set, at the sprawling Vivanta by Taj at Guwahati, for yet another edition of the Tata Crucible for corporates. Being the first city, everyone across the country seemed to be following what was happening at Guwahati. The social media pundits were quick to catch the new format and increase in the questions for the final. After a snappy prelim, the six teams that made it to the final included:

The final saw the team from Govt of Assam blazing away on the buzzer along with Guwahati High Court. Both these teams have won the quiz in past editions and it seemed like a head-on between them. However, things changed quickly with Mantra Associates, a young team, scoring at a brisk pace getting past the seasoned campaigners.

In the meantime, the duo from LIC, also a consistent team from this region, started doing well and it became a four-team battle. It took a few negatives from these teams to give Mantra the edge and the lead.

Just when it looked like the young duo would win, a series of big hits from the Govt of Assam team brought the quiz to a standstill on a tiebreaker. In the tie, the duo from Mantra cracked the poser to win their maiden title and make the journey to Kolkata for their zonal.

The chief guest Mr. Ashwani Anand, General Manager, Vivanta by Taj, Guwahati appreciated the quiz and advised the young corporates to always look at including society and doing good for them much like the Tatas and not merely focus on business alone.