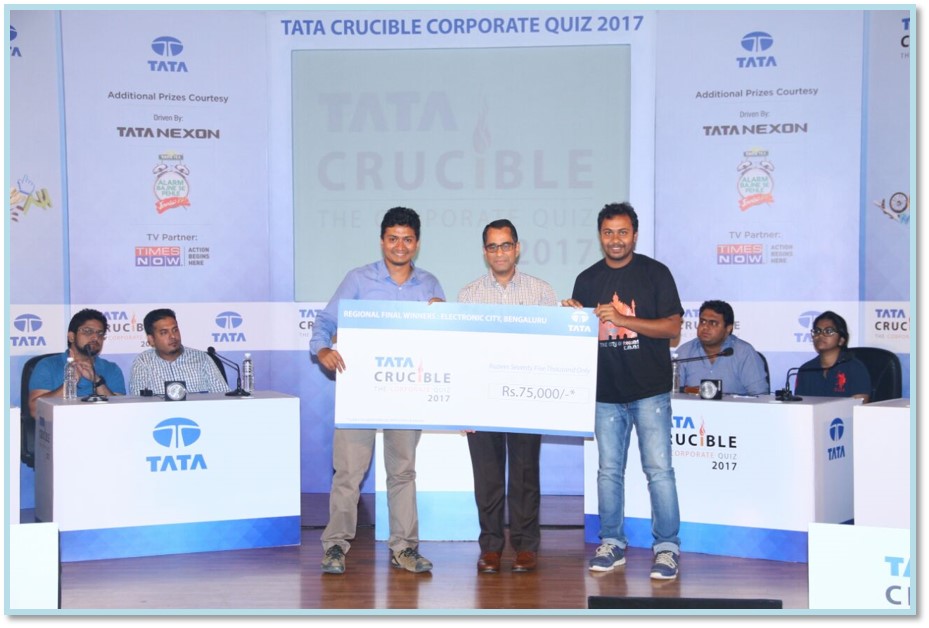 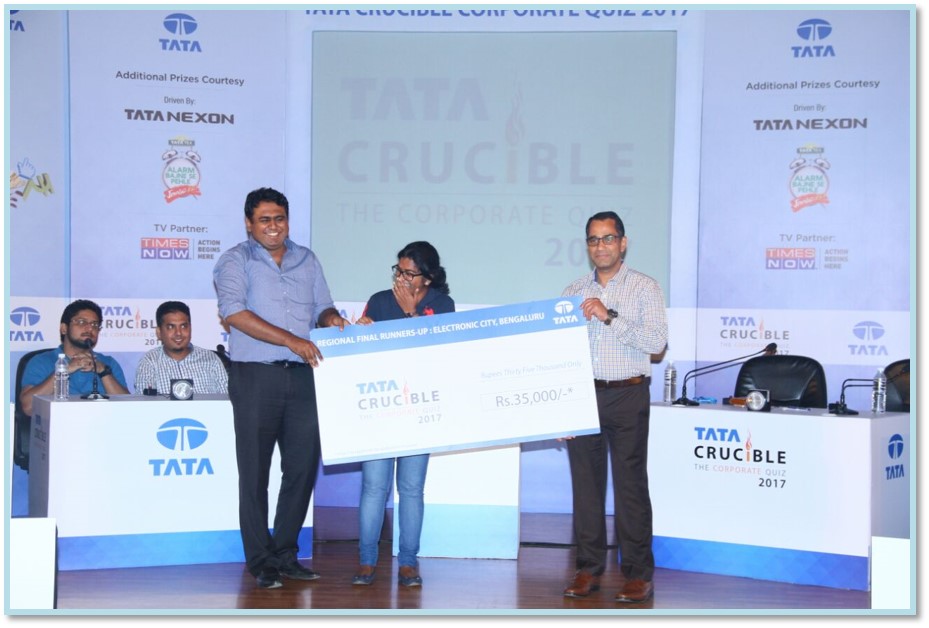 It was a typical debut city for Tata Crucible. Enthusiasm was high with the teams that were part of the launch. Teams from Mysore, Hosur and even as far as Bhadravati were present at the quiz. A quick 20 question prelim was followed by a final for the following six teams.

The final was interesting with the duo from SAIL VISL doing well to get ahead. Soon enough the team from Wipro with Jasimuddin and Bose made inroads and started moving ahead. The Infy teams did well, but in bursts as they could not string together answers in clusters to gain momentum.

The other team from Wipro with Adithya and Tabitha did well in the middle phases to stay in the hunt as their colleagues started moving ahead with good strikes. The final phase of the quiz saw Jasimuddin and Bose play carefully, yet hold off any threat to win the debut event at this location. Adithya and Tabitha took risks to get on par with SAIL VISL and on the final question got the better of them to clinch the runner up title.

Mr. R. Rajagopalan, Chief Manufacturing Officer, Titan, welcomed the introduction of the E-city, Hosur edition for the quiz and expressed his confidence that given the talent pool here, the quiz would grow and cater to a lot of corporates in the future.