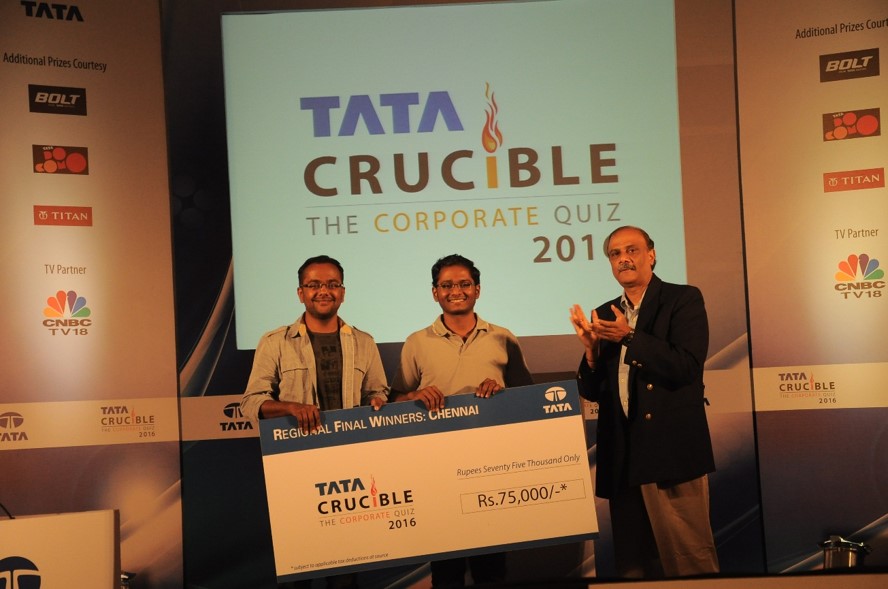 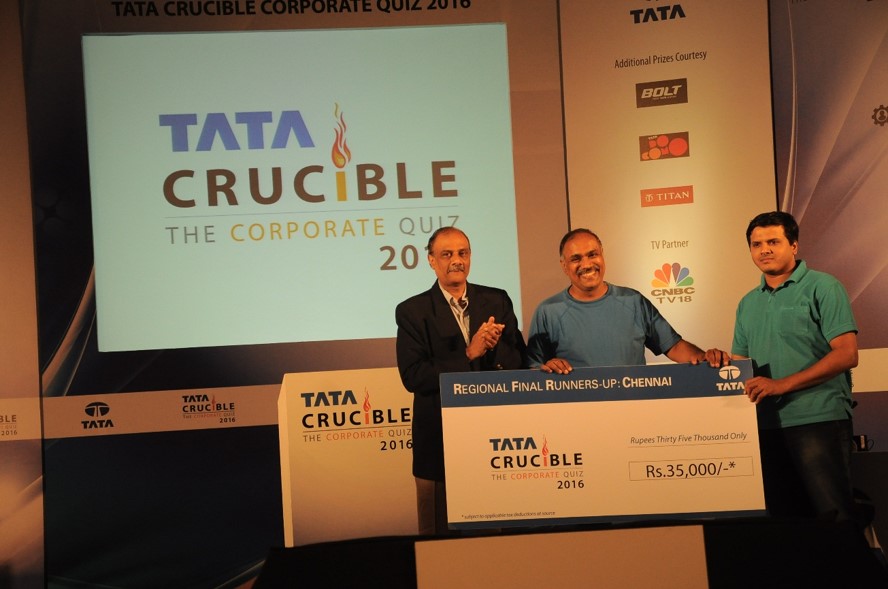 The Hindu : Sriram Srinivasan and Ramanan

With close to 200 teams, the Chennai edition of the quiz turned out to be an absolute blockbuster. Pickbrain was swift with the prelim.It seemed a trifle tougher than most cities. After some hot filter coffee for the teams, the stage was set for the final. The six teams that made it were:

The final was a cracking one from the very first question. Ford got off to an early start, then to be quickly followed by a young team from Wipro. Seasoned teams like Cognizant, The Hindu and Sun TV played within themselves to keep moving forward but did not take huge risks.

The quiz looked tight even into the second segment. However, towards the fag end of the segment, with two powerful high value hits Wipro cut loose and went past the others to win a memorable first title at Chennai.

In the final stages, Ford and Cognizant made some mistakes that knocked them down, while the duo from The Hindu forced their way past Sun TV to win the runner up title.

The guest of honour, Mr. Ganesan, Global Head Talent Acquisition – TCS, spoke of the importance of such sharp minds in the corporate arena as the world became global and the place of India in that landscape was becoming even more pivotal.