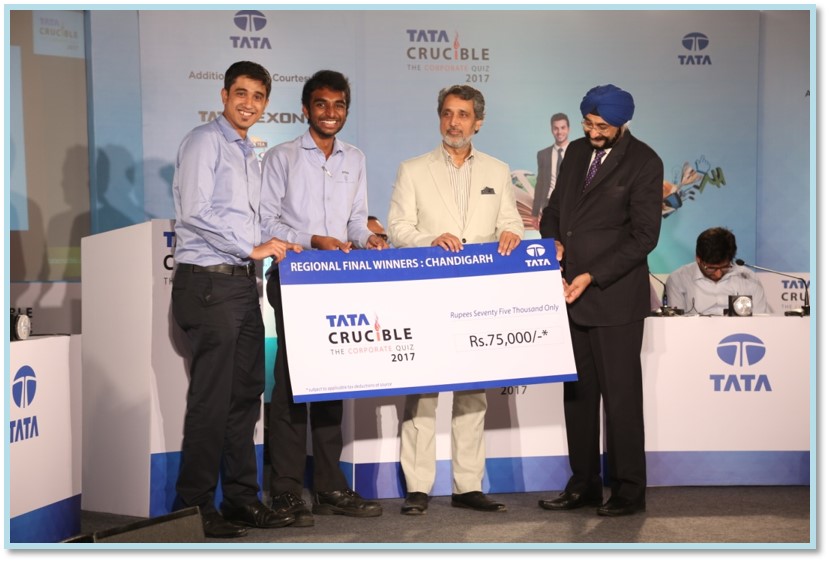 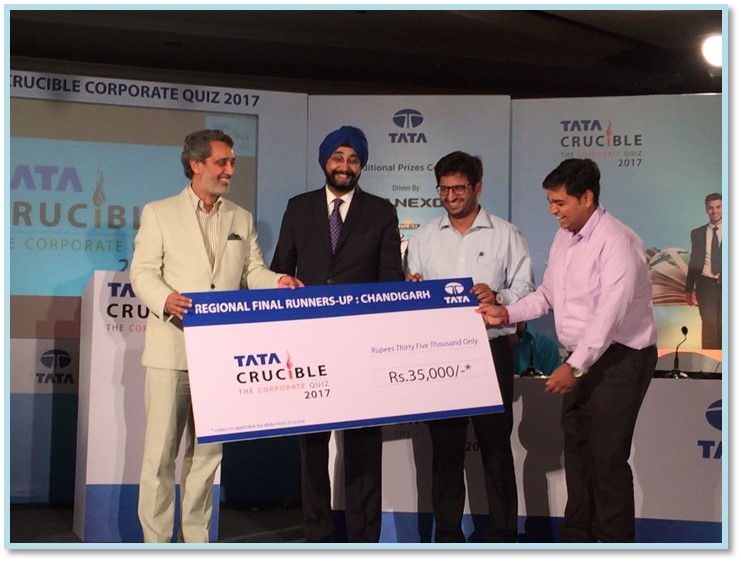 A pleasant evening at the Taj in Chandigarh seemed a perfect setting for the city to host its Tata Crucible. Corporate teams from several industries like IT, media, manufacturing and consulting took part. A relatively tough prelim led to the finalists.

The finale started off as a closely contested affair with all teams scoring consistently through the initial rounds. In the middle segment, Mittal Securities moved ahead with some good hits on the buzzer. However, as the quiz moved on, the team from RBI got into the lead with a couple of good answers while Mittal Securities fell behind, owing to conceding negative points on the buzzer.

The team from Unilever continued to give the leaders a tough time while Ignored Learning stayed in the hunt. The young team from Jammu which made it to the finale enjoyed the crowd’s cheers and applause even though they missed out with too many negatives.

In the closing stages, Unilever moved into the lead and held on to their nerve until the last question, winning a well fought final round. With second place up for grabs and nothing to lose, Mittal Securities went for the buzzer but missed out, ensuring that the team from RBI secured the runners-up prize, a reward for their mature quizzing.

The guest of honour Shri. Maninder Singh (IAS), Chairman Chandigarh Housing Board, while appreciating the teams, quipped, ‘These young teams are so sharp and seem to have the years, so they should crack the Civil Services and serve the country’. He was joined on stage by Mr.Surider Singh, GM, Taj Chandigarh to give away the prizes.