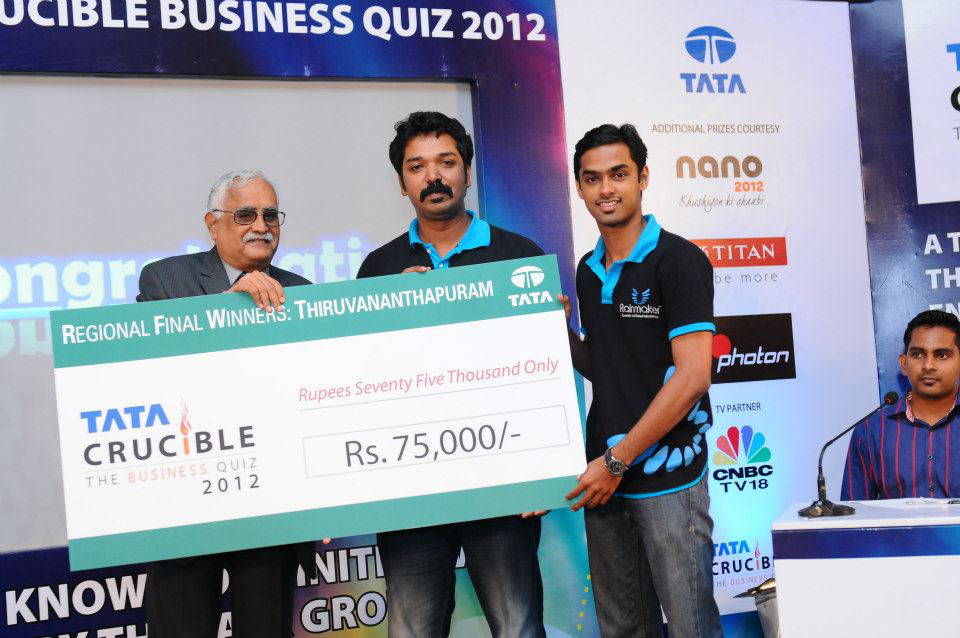 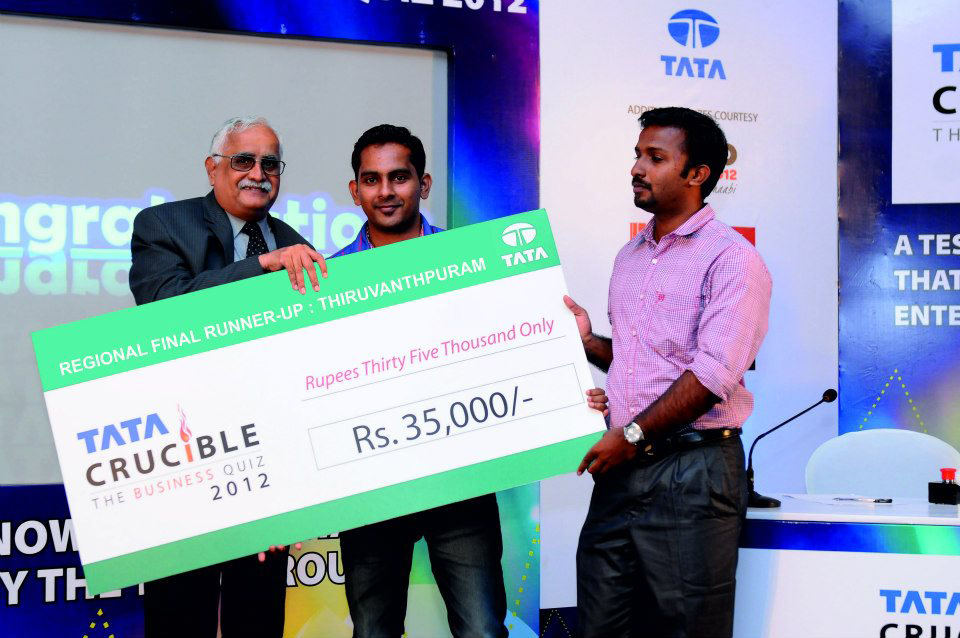 The debut edition of Tata Crucible at Trivandrum began with the host Pickbrain, sharing some interesting trivia on how the genesis of the quiz took place in Trivandrum in 1993, at a meeting at the TCS centre at Technopark. The quiz witnessed a battle that seemed like a city that has been hosting the quiz for many years. A competitive prelim led to the following six teams:

The finals began with teams blazing away, especially the two professors from GEC who were in sublime form. The quiz moved into the buzzer phase quickly and that saw the emergence of Federal Bank, Rainmaker Events and Allianz. As the next couple of rounds went past, it seemed like a four team battle with no one really breaking away.

A few more questions and it was Rainmaker Events that moved ahead with Federal bank behind them, while GEC did not force the buzzers. In the final round, a splendid comeback from Allianz put them in striking distance of victory but Rainmaker Events held their nerve and clinched the first ever final at this lovely city with Federal Bank inching past Allianz to finish runner up.

The guest of honour, Dr. Kesavasamy the head of TCS Trivandrum, said “Excellence is the need of the hour and the Tatas have always focused on excellence” and congratulated the teams.