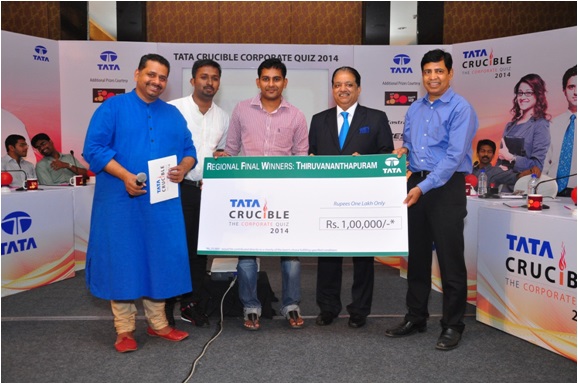 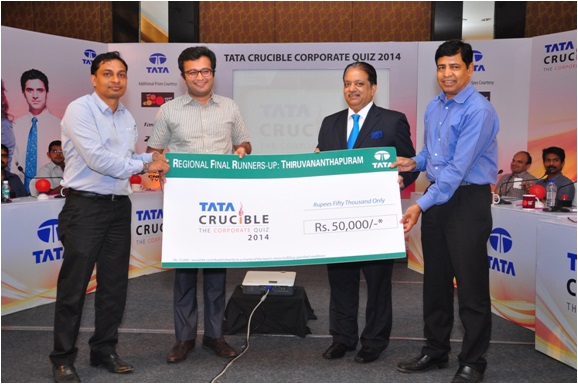 The picturesque city of Trivandrum looked even more beautiful after a downpour in the afternoon mode the city cool and look lush green as teams came in to battle for the city edition of Tata Crucible. As a city barely in its third year for the quiz, the questions seemed workable compared to Kochi and the other cities.

The final was an absolutely riveting battle with Federal Bank taking an early lead as TCS caught up very quickly and were into the lead soon enough with continuous strikes on the buzzer. As the quiz progressed the Federal Bank duo clawed their way back into the lead with some good answers.

In this exciting battle a sudden burst of answers and in came Allianz with Sharad and Sherin quickly crossing TCS and chasing down Federal Bank. As the pressure mounted Federal Bank blinked for a brief bit and that gave Allianz a chance to further close down the lead to a mere 1 points with just one question remaining.

On the final question a thoughtful hit albeit with high risk by Federal Bank meant they would win if the answer were to be right and it not for nothing that the world says “Guts leads to Glory” said the quizmaster summarising their victory.

The guest of honour, Mr.Damodhar Padhi, Vice President and Global Head Learning and Development, TCS said “If this is the talent young India has, it is encouraging as it shows the next generation is always better than the previous”.