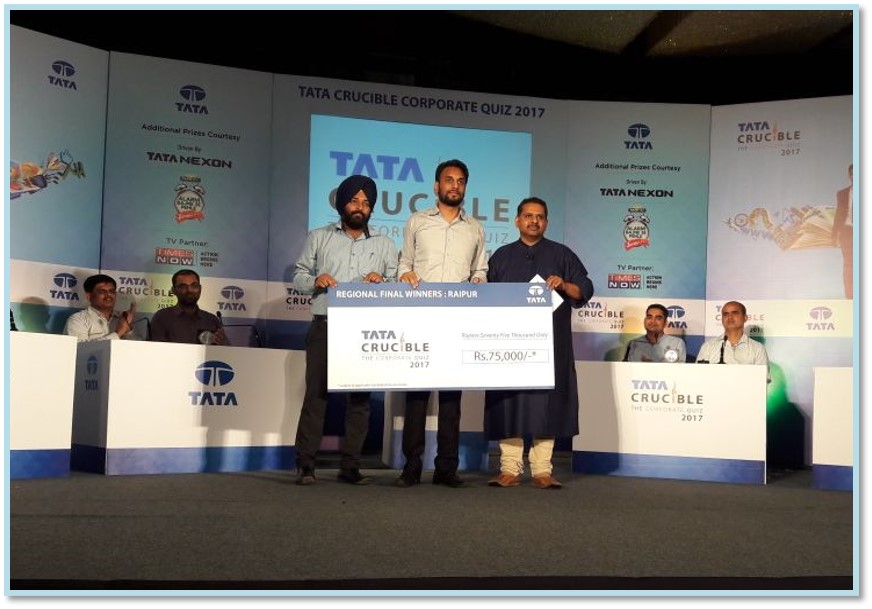 Avijeet B and Kawaljeet Singh 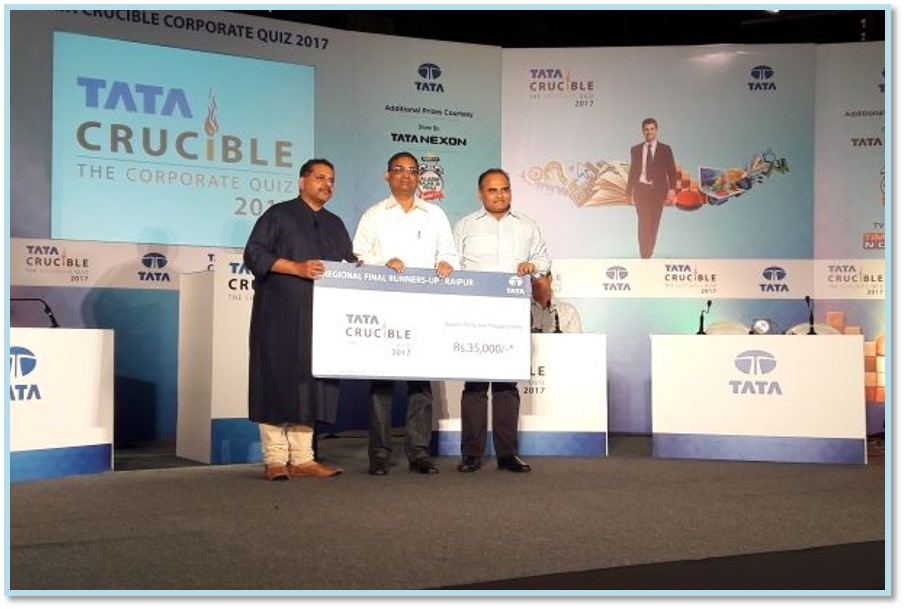 It was a cloudy morning with everyone hoping for the sun to come out. It was however the clouds that opened up and in an hour, the roads at Raipur looked like rivers. Yet, over 150 quiz enthusiasts showed up for the city edition of the quiz.

Noted quizmaster Pickbrain had set a fairly high standard prelim and the teams were all quite unsure on who would make it to the final. The six who did were:

The final was a thriller with the two BSP teams playing well, but it was a young Tata Sky team that played the game with great purpose and led the quiz from the very beginning.

They kept the pressure on the BSP teams who made some forced errors trying to take half chances. The Tata Sky team on their part put up a good score and let the others try and chase it but not playing at all in the final round.

The game went down to the final question, BSP with Sanjay and Manoj taking the risk and utilising a strategic option for the team to come back in the last round with bonus choices, but misfired on the final question to settle for the runner up title.

The Tata Sky team won their first victory in the city and earned the right to represent the state in the zonal at Kolkata.